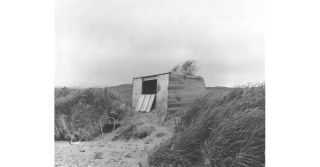 MINE: Everyone loves the idea of a free market until someone puts an eye out. Spectrum sharing, for example, is an optimal free-market approach to using the airwaves, but wireless industry operatives this week gave House Republicans some candy to reject the idea of opening up federal spectrum for sharing by commercial users.

Citing an assessment by the President’s Council of Advisors on Science and Technology, or “PCAST,” the majority staff of the Communications and Technology Subcommittee said, “Sharing spectrum in the way it envisions is less useful than clearing spectrum and too untested to be the focus of the subcommittee’s spectrum strategy. Such sharing should be reserved for cases in which federal clearing is impossible.”

The PCAST report suggested a sharing model similar to what was approved for the operation of unlicensed devices in unoccupied TV channels, otherwise referred to as “white spaces.” The devices work by pinging a dynamic database to detect open channels—something perfectly acceptable for TV station operation, but not good enough for wireless providers, apparently.

“For the time being… the PCAST approach is too speculative to be the focus of the committee’s spectrum strategy,” the majority staff memo stated.

Ahem, replied Dr. Preston Marshall, the deputy director of the Information Sciences Institute at the University of California who has a Ph.D in electrical engineering.

“Spectrum sharing is not new. There’s nothing the PCAST report has, that hasn’t been done for decades. LTE shares with LTE. Cellular shares with other commercial users. DOD shares with DOD. DOD shares with other federal agencies. Federal agencies share with civil,” he testified at the subcommittee hearing on Thursday. “What makes the PCAST report unique, is that it proposed to take sharing out of one-on-one relationships that are unpredictable and put it into a framework where every American can see what’s available for new innovation and new business opportunity.”

Silly man. How utterly inconvenient would that be for the spectrum speculators aiming to monopolize the video delivery business, or make a killing during the war to control it. It also would be tough to continue pressing the Orwellian mythology of a “looming spectrum crisis” to a public that can easily see the hundreds of megahertz of undeveloped spectrum now held by wireless providers and pay TV operators. How pesky would that be?

“Spectrum policy should consider that we do not know what the next big innovation will be,” Marshall testified. “Flexible spectrum policy is likely to be critical to the viability of many innovations, and America’s ability to lead in innovation…. PCAST report is not dependent on any new technology. Its technology assumptions are highly conservative, and available now.”

Spectrum sharing also would be cheaper for taxpayers than shouldering the cost of relocating federal users. However, it would be more expensive for the wireless industry, which would have to implement spectrum-sharing technology in networks and smartphones. That would shave a few margin points off handsets that already must be marked up 500 percent, or else how could network providers give the things away for a two-year contract? Built-in handset turnover is a scandal in and of itself for the heavy metal sinks being created around the world. Wireless mouthpieces will testify about how the industry has invested millions in innovation even while it can’t be bothered to adopt a standardized power interface.

The wireless industry has no intention of sharing spectrum with anyone. Providers publicly will say that sharing will lead to service disruptions, as if dropped calls don’t already abound. Privately, though not discretely, they’ll remind lawmakers that they won’t bid on public-private shared spectrum licenses. “Remember the D Block,” they’ll say? “See how we didn’t touch that with a 10-foot pole, and how it’s still setting there doing absolutely nothing?”

Wireless industry are to be congratulated for completely inculcating lawmakers and the consumer media with notion of a spectrum shortage, something former Massachusetts Institute of Technology Professor David P. Reed likened to saying the nation could run out of a color. Reed was quoted in the sole articlein the mainstream press challenging the widely accepted notion of a “looming spectrum crisis.” Even the headline of that piece was changed to, “Carriers Warn of Crisis in Mobile Spectrum,” most likely because those carriers typically are among the top 10 spenders on advertising in the United States.

The real motivation behind the wholesale hi-jacking of the U.S. airwaves will never be the subject of a thorough journalistic investigation, because the news operations that possess such resources are funded by the companies pulling the strings. Say what you will about conspiracy theories. This one walks and quacks like a duck—one that doesn’t share.