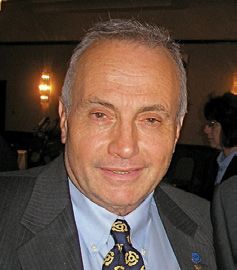 But with the deadline, a new issue arose with broadcast and cable operators not in compliance, even though they’ve technically years to prepare. The FCC mandate calls for the installation of CAP systems to run concurrently with EAS equipment—with no implementation date for the CAP systems, which generally costs from $2,000 to $7,000. What retribution from the FCC awaits entities not in compliance remains to be seen, but holdouts could face thousands of dollars in fines.

“The ball is in the FCC’s court as to how it’s going to treat this situation,” said Richard Rudman, owner of Remote Possibilities in Santa Paula, Calif., and vice chair for the California State Emergency Communications Committee, “but there is no one in this world who can say that [the broadcasters and cable providers] haven’t had enough time to prepare.”

FCC’S NEXT STEP
Rudman’s words ring especially true, given that the FCC delayed the deadline twice over the years (including on June 30, 2011), and even sent out a press release in mid-June to say that there would be no further extension. Repercussions will depend on how the FCC enforces the mandate, he said.

“If an FCC inspector comes into a station and finds that it’s not CAP compliant, then the FCC office will probably send a Notice of Apparent Liability to the station mentioning this fact,” Rudman said. “Then the station typically gets a certain period of time to reply.”

Eventually, an inspector would return to the station, “but no one knows the pattern in which inspections will take place,” he said. “Sometimes [the FCC addresses] a whole market; other times, it’s a spot check.”

Richard Rudman In this case, “One would hope that the FCC wouldn’t crack down very hard,” he said, “though I advised my clients to purchase the encoders some time ago, I feel the FCC will take other steps before taking major enforcement while it assesses equipment back order and connectivity issues.”

That thought was echoed by an FCC official who reiterated the June 30 deadline. “There is no blanket exemption for delays in equipment delivery that result in a failure to meet the June 30 deadline,” an FCC spokesperson said. “EAS participants are free to request a waiver in accordance with the FCC’s rules. However, grants of such requests are not automatic. The FCC will evaluate the facts underlying each request on a case-by-case basis to determine whether or not grant of a waiver is warranted. Under FCC rules, EAS participants that choose to request a waiver have the burden of demonstrating that good cause exists for grant of a waiver

One person who didn’t sweat the deadline is Dave Folsom, chief technology officer for the Montgomery, Ala.-based Raycom Media Station Group. While all 47 Raycom (owned or operated) stations complied on time, he does have questions about the various brands of decoders and working with various states.

“We had no real concerns on the federal level, but the state plans have no consistency, so we’re working with them in various ways,” Folsom said, noting that “Some operate from the governor’s office, others from its emergency authority, for instance.”

As for technical concerns, “The jury is also still out on the various brands of decoders and how well they perform,” he said. “I have no reason to believe that they won’t work well, but the whole CAP system is new.”

But if there are any bugs within the CAP system, it’s the EAS system that’s still in play anyway, despite the mandate.

And never mind users who aren’t in CAP compliance, said Bill Robertson, vice president of business development for Digital Alert Systems in Lindenville, N.Y. “There are some TV stations that never had EAS equipment, especially on the cable side. If you look at the FCC stats, the No. 1 item stations are fined for is tower violations, often concerning lighting and paint; No. 2 on the list is not having or operating the EAS.”

IPAWS architecture: Standards-based alert message protocols, authenticated alert message senders, shared, trusted access and distribution networks, alerts delivered to more public interface devices. Even if they have the equipment, “it may not be hooked up properly,” he said. “So the biggest challenge isn’t so much about EAS-CAP. I would easily say that 80 percent of our calls concern network issues regarding getting hooked up, configuring routers and IT infrastructure.

“Now, this can be the IT department’s [problem], too, since CAP relies on an Internet connection,” Robertson said, “plus dealing with the current rush, due to people waiting too long [to comply with the FCC].”

CART BEFORE THE HORSE?
The main rub with implementing the new CAP system is that with the FCC’s Fifth Report and Order, the only EAS alert mandated to be carried by EAS participants (broadcasters and cable operators) is the National Alert. However, the Federal Emergency Management Agency has now decided not to carry this alert on the CAP system for the near future because of audio configuration concerns.

“This recent action elected by the FCC and FEMA has all but neutralized the use the CAP system’s enhanced capabilities, thereby causing EAS participants to question why the government has put some much effort and money into developing the CAP system, only to cripple its immediate usefulness,” said Ron Boyer, engineer with Boyer Broadband in Denver, who works on FEMA’s Communications Security, Reliability and Interoperability Council working group.

If this situation sounds like it will require more contemplation, it will. That’s another part of why the FCC mandate has been the topic of considerable conversation, since most entities will continue to use the EAS system.

“Many of those affected feel that the FCC placed the cart before the horse and are upset about having to invest capital on the new decoder boxes before it was going to be fully utilized,” Boyer said.

But that’s not expected to totally stop the FCC from enforcing the mandate with penalties. “So while upgrading the alert system with state-of-the-art technology was a good idea, the implementation of the mandate has to be questioned. This might be a case of getting the horse ahead of the cart,” Boyer added.

Even with differences of opinion, “The [CAP system] is really designed to help save more lives and properties,” Rudman said. “What we’re really trying to do here is get local emergency managers to get certified to originate CAP messages.”

But the next step of the FCC’s is sure fraying some nerves at some broadcast and cable outlets these days. “Several vendors for the boxes have back orders,” said Rudman, “so you know that some people are going to be late.”