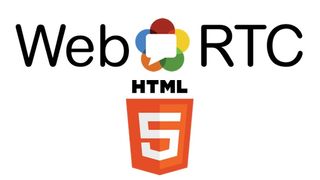 Several years ago, live broadcasting via the Web was a clunky mess. It involved various pieces of software, plug-ins, and a good amount of skill set. It got a bit easier when websites introduced live streaming via plug-ins. In the coming year it is going to become a piece of cake, as companies like Google, Microsoft, Adobe and Cisco ready the future of web broadcasting with H.264, VP8 and WebRTC. But a big first step already happened this week.

Google has had great success with its Google+ Hangouts; it allows anyone to broadcast live over the Internet using a Web browser. Simply set up a session and invite people in. The Web-based software recognizes everyone's webcam, speakers, headsets and microphones, and does voice-activated switching on the fly (or via manual control) to whoever is talking. In addition to streaming live you can also record the entire session and have it available on YouTube afterwards with just a few clicks. The process works rather seamlessly, but it does have a few drawbacks that keep it from charming the masses.

First, the process is based on H.264, which means it requires a plug-in. Many enterprise locations block plug-ins, especially browser-based ones, so getting Google+ Hangouts up and running could mean roping in the IT department. Also, it requires everyone to have the same Google-developed browser plug-in, so setup is more complex when you have a large audience who is calling in live. The download and install of the plug-in is fairly painless, but all it takes is a few people with specific PC/Mac browser security settings to drag the proceedings into a support call slowdown. The other more notable aspect is that Google Hangouts have been running in SD. For all the sparking technology and ease of use, the end result is an SD picture, broadcasted and recorded to YouTube. Because the system allows dozens of users to be logged in and live, H.264 can often hit a wall when requiring processing power. Rather than have some participants in HD and some in SD, Google set it to all participants in SD for a more seamless experience.

That changed this week when Google began upgrading users to VP8 as the main codec, replacing H.264. VP8 is Google’s answer to Web playback, and even though it is being developed by Google, the codec is open source. VP8 is an ideal option because it allows HD playback in HTML5. Google plans to roll out 720p Google+ Hangouts to all users in the coming weeks, which will solve the plug-in issue, create crisper video and help stop any stuttering or processor resource drain that H.264 can cause with a large amount of users.

VP8 is gaining interest from many companies such as Adobe (which wants to incorporate it into Flash), Cisco and Microsoft. VP8 works on a browser basis, so the support comes in at the browser level and does not include a separate plug-in. But VP8 is a just a pit stop to the end goal of incorporating the WebRTC standard. WebRTC is an emerging standard that allows real-time video and audio, it bypasses the need for plug-ins and it’s something Google has been supporting for a while now. It’s easy to see why. Most Web services require something to get rolling — a compatible browser, or plug-in — WebRTC would bypass that so hosts and participants can just jump right in and create content. Ease of use is the key element to this type of Web broadcasting gaining more widespread traction, and once video transmission becomes a native HTML element, a whole new industry could emerge.

But there are a few roadblocks. Microsoft is working on a different implementation of WebRTC that may not be entirely compatible with Google’s version. Also, Google will provide browser support, of course, as long as you use its browser. As for Apple, its Safari browser does not yet support WebRTC, and it is unclear when it will. Apple does take measured steps toward what it thinks should be a standard, and often does not take into consideration the majority of external support from other companies. Steve Jobs voted down Flash on mobile when it seemed clear Flash was actually the future of mobile. So where Apple the company stands on WebRTC and HTML video playback has yet to be determined.

Much of this ties into mobile TV. WebRTC would allow broadcasting from your mobile browser, no plug-ins or apps required. Minimal learning curve and ease of use would be a big step, but do companies want to go this route? Much of the positioning for mobile is done through dedicated apps that tons of R&D research help to create. Gain marketshare through a service, deploy a dedicated app to Apple, Android and Windows, and you’ve got yourself a nice little far-reaching monopoly. Facebook, Twitter, Instagram and many others have ridden this wave to success. But WebRTC kicks the concept of mobile and desktop video old school, with an open standard that is not tied to anyone.

Well, almost anyone. Because Google holds the resigns of WebRTC and pushes it out for free to be altered or developed, their interest in seeing it succeed is clear. One only has to look at the track Android has taken to see that this could be history repeating itself, only this time for the next generation of broadcasting and video transmission.

As bandwidth increases, desktop and mobile cameras get better, and more content creators are itching to join the party, the future of Web broadcasting looks particularly bright. In fact, the wheels are in motion already. But who will support it, and who embrace, and who will get left behind, will only get clearer in the next 12 months. Stay tuned.