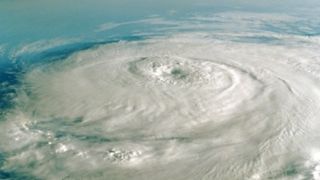 Once again, a natural disaster has thrown into question the reliability of cellular phone service, demanding a serious, unbiased evaluation by lawmakers and regulators of the role this piece of our nation’s communication infrastructure should play in an emergency.

In the wake of Hurricane Sandy, the FCC reports 25 percent of cell phone towers in the 10 states impacted by the storm were knocked out of commission. Many more were left to run off generator power as utility crews struggled to restore electrical service.

Once again, the power of nature has demonstrated the fragility of wireless service. In August 2011, the Virginia earthquake deluged cell phone networks with calls from a panicked public using their mobile devices to check on family and friends and search the Internet for news and emergency information. This time, nature struck harder, actually taking a large swatch of cell phone towers offline, leaving what remained to handle the heavy load.

Even as this week’s hurricane should raise serious doubts about the reliability of cellular service in an emergency, television broadcasters continue to transmit lifesaving alerts and information to the public.

That, despite being in the crosshairs of the FCC, which is hoping to see station owners surrender their TV licenses to free spectrum for wireless broadband service. Since it unveiled its National Broadband Plan in March 2010, the agency has wanted 300MHz -50 channels- of “beach front” spectrum used by TV broadcasters to meet future wireless broadband demand.

Equally as disturbing is the repacking of stations that choose to hang on in the remaining spectrum, which likely will create interference where there was none, loss of audience coverage and greater pain for those people who remain committed to OTA reception and must once again seek out their favorite stations.

The subtext for this endeavor is that television broadcast is a thing of the past, and wireless broadband Internet service is the future. Really? Tell that to the millions of people who have lost wireless mobile broadband service because of the Hurricane Sandy. What is critical for them in the hours of the storm and the days and weeks ahead is receiving emergency alerts, bulletins, and information to help them survive. That’s precisely the stuff of the public interest obligation broadcasters around the nation take seriously.

We find ourselves in a highly peculiar time. Today, thanks to the ATSC A/153 standard and the efforts of television stations, broadcast groups, the Open Mobile Video Coalition and others, mobile digital TV –not unicast wireless Internet links, but good old-fashion one-to-many broadcasting- is making it possible to reach millions of people on the go.

Sure, in ordinary times mobile digital TV will be used to transmit local news and entertainment. But when disaster strikes, it will deliver critical emergency information to people on the go. And, with the addition of the new Mobile Emergency Alert System component, mobile digital TV will be even more robust, offering delivery of rich digital media, such as maps of evacuation routes, over TV airwaves.

Oddly, as mobile digital television is coalescing, regulators are busy planning an auction that will result in less spectrum for broadcasters so wireless providers can meet growing demand for video. Although on the surface that seems questionable, upon further examination it appears down right ridiculous when that same wireless infrastructure has demonstrated it is incapable of withstanding what Mother Nature throws at it –at least in the critical hours and days following an event.

Although it’s unlikely that lawmakers and regulators will reconsider the wisdom of the incentive auctions, they could address the weakness of the cellular infrastructure by mandating that all new mobile phones be outfitted with a Mobile DTV receiver and antenna so that when the next natural disaster comes along and knocks a quarter of the cell towers out of service, the public will still be able to receive lifesaving information on their phones from television stations that transmit Mobile-EAS signals.

Such a mandate is not unprecedented. During the analog to DTV transition, the FCC mandated that new TV sets must be equipped with DTV tuners. Ironically, the agency at first excluded small, portable DTVs from the mandate. But in the aftermath of Hurricane Katrina, when it became clear that the lifeline of so many people was their TV, the FCC changed the mandate to include the smaller sets.

The model for paying for the new receiver is in place as well. Recent modifications to the Universal Service Fund aim to deliver wireless broadband to underserved areas. Why not use a similar scheme to pay for something as important as reliable distribution of emergency alerts and information in a crisis?

Hurricane Sandy, as devastating as it has been, can have a silver lining if it serves as a catalyst to take the steps necessary to strengthen our nation’s ability to communicate lifesaving information to keep us safe when disaster strikes.