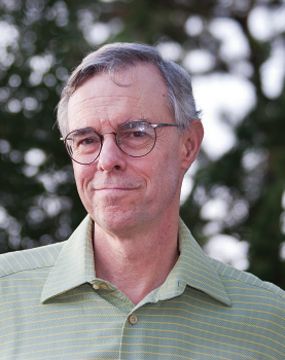 When I query a technical audience for what percentage utilize the cloud daily, maybe half the hands go up. In reality, all the hands should be way up. Maybe some are forgetting how universal the cloud is today with Web services of email, search, social, video, messaging, docs, personal storage and so much more. Who can go through a day without touching any of these?

But, are you able to integrate cloud resources to help run your business? The handwriting is on the wall; broadcasters and media facilities will move to the cloud for resource offloading, business agility, apps and cost advantages.

Sure, real-time systems won’t migrate any time soon. But many non-time-critical functions and services are moving now. Over the next few columns, the question of cloud migration will be covered. This article will give a snapshot of the state of the cloud in 2012.

CLOUD LANDSCAPE
First, let’s look at the cloud landscape. Fig. 1 outlines one worldview of the cloud.

The National Institute of Standards and Technology (NIST) has defined three chief cloud topologies. Their definitions are well accepted by the industry.

IaaS: Infrastructure-as-a-Service—Resources of processing, storage, networks and other fundamental computing means where the consumer is able to deploy and run arbitrary software, which can include operating systems and applications (app or apps).

PaaS: Platform-as-a-Service—This model is used by developers to create applications or services. Software tools are provided to enable the programming and deployment of the end product. The software stack differentiates this from an IaaS model.

SaaS: Software-as-a-Service—A service that runs applications on a cloud infrastructure. The applications are accessible from various client devices through a thin client interface, such as a Web browser or other “app player” such as Adobe Flash.

These models offer services charged by usage; they are utilities for hire. Of course, the utilities must be accessed using the public Internet for the most part. Cloud carriers provide this connectivity and transport of services between cloud consumers and cloud providers. With this backgrounder, an example is in order. How can these models be used to support a media application? Let’s see.

Assume we need a software app for uploading news story media files from the field. The app user interface (UI) is accessed on a laptop in the news van and connects to the cloud using 3G/4G connectivity.

For the IaaS case, an installed app (on a laptop) connects to the cloud and uploads the story to secure storage. Here, only cloud storage is used. The storage is network-accessible by others with access rights. Google Drive is an example of cloud storage.

For the SaaS case, the Web app can be hosted in the cloud and available to anyone with a browser. Cloud storage is also used, but it’s embedded with the app logic. This model offers the freedom of no program installs, just “access and use.” Aframe.com (a video production platform) is an example of a media-focused Web app.

For the PaaS case, Web app developers use provided software tools to create apps. Bottom line, PaaS simplifies the process of developing and deploying cloud-based apps. Heroku.com is an example of a PaaS with 1.6 million running apps as of June 2012. Microsoft Azure is PaaS-based too.

The predicted market sizes and growth rates are impressive. IDC predicts the SaaS market will reach $40.5 billion by 2014, and Forrester Research says $258 billion by 2020. Cisco predicts that the cloud will process 51 percent of all business workloads in 2014 compared to 49 percent for traditional data center. This is a 22 percent compound annual growth rate from 2010–2015.

Further, more than 80 percent of all new applications in 2012 will be designed to run in the cloud. There is no doubt that the cloud is on the move and will affect media facilities sooner rather than later.

CLOUD-PROVIDER TYPES
Another aspect of the cloud is the provider type. The three main categories are public, private and a hybrid of the two. Lots of ink has been used comparing the pros and cons of these models. To summarize, some of the main attributes of the public cloud are:

• Tradeoff capex for opex resource costs (rent versus buy);
• Infrastructure agility—“On demand trumps forecasting;”
• Significant automation and virtualization advantages—A virtual machine (VM) is software that creates an isolated OS environment to run applications. A server can run many separate VMs without conflict. The VM is a driving force behind cloud computing.
• Offload power, cooling, floor space, infrastructure maintenance, upgrades, most patching and more.
• Leverage world-class resource utilization efficiency. Some observers insist there is no such thing as a private cloud; they are just glorified data centers. However, it seems there is a middle ground and the moniker can apply to a specialized data center with cloud-like automation, resource virtualization and management models.

There are many paths to migrate select operational aspects of a media facility to the cloud. One can imagine aspects of storage (just about any type except tier 1), services (rendering, transcoding, processing), and apps such as MAM, scheduling, proxy editing and much more.

For the sweet spot migrations, most facility-side clients will require (1) 1–3 Mbps Internet access rates and (2)

In 2012 there are a variety of vendors building cloud-based storage, services and applications focused around media. Asking traditional A/V vendors what cloud-based products they offer is a good start.

Also, there are many new vendors that specialize only in cloud products. One plus of cloud-based apps is the ease of demo; fire up your browser and run the trial. Expect more on these themes in future columns.

WHAT ABOUT STANDARDS?
Depending on who is counting, this is about year five or six of the cloud. Sure, the concepts have been discussed since the 1960s, but only recently have affordable, practical clouds come into existence. The rush to get to market has created a splintered, proprietary landscape.

That said, clouds rely on many common standards and plenty of custom protocols, too. For example, standardized TCP/IP and HTTP(S) are used to access many services in clouds. Yes, there is room for improvement.

In 2012 there are several de facto standards. These are:

Amazon Web Services (AWS) including the ECC and Simple Storage Service (Amazon S3)—Based on these models Eucalyptus Systems developed a compatible API so AWS customers can run applications in a private cloud that are compatible with AWS. Not every AWS API is replicated by Eucalyptus, but most are.

OpenStack—Founded by Rackspace Hosting and NASA, OpenStack has grown into a global software community of developers. They have collaborated to create a massive, scalable open-source cloud operating system. AT&T, HP and IBM are supporters.

CloudStack—This is open-source software written in Java designed to deploy and manage large networks of virtual machines, as a highly available, scalable cloudcomputing platform. CloudStack is AWScompatible and licensed under Apache.

There is not space here to discuss the differences between these approaches. It’s good to watch the actors and see what happens. It’s likely that all three will coexist for some time, each with its own distinctive value propositions.

CONCLUSION
Yes, there are clouds on the horizon; they are gathering and it’s good news. If you are a vendor, understand what it means to support your products in the cloud. Your customers are starting to ask.

For media facilities, look at your capabilities and create a straw man roadmap for what migrations make sense. Share your ideas with vendors so they see your goals. Experiment with the cloud provider’s online pricing calculators and get a feel for what is possible.

Al Kovalick is the founder of Media Systems consulting in Silicon Valley. He is the author of “Video Systems in an IT Environment (2nd ed).” He is a frequent speaker at industry events and a SMPTE Fellow. For a complete bio and contact information, visit www.theAVITbook.com.