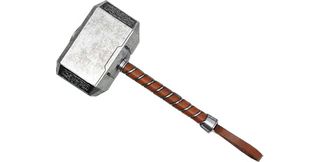 Everyone clearly wants in.

No, they do not. Why would they? The local TV business is surrounded by hostile forces. Flat ad revenues, digital encroachment, political black ops, outright piracy dressed as the Wizard of Oz, and a delivery spec so dated that vers. 2 is being skipped all together.

Much is made of the lack of new blood in television station ownership in the ongoing hand-wringing about diversity. Yet who would wish its difficulties on a new business owner? Broadcasting is not to be stepped into by any but the biggest, boldest and most lawyered up. Hence consolidation.

Everyone’s consolidating, but doing so incites far more objection when two TV stations in Peoria team up than when the two largest cable TV operators in the country merge. Comcast will agree to divest enough subscribers to gain antitrust compliance by dumping the lousiest systems making the least money. That’s just good business sense. The deal will move through D.C. with a requisite amount of grumbling. Far more scrutiny awaits two TV stations joining forces to save money.

Why? Is it because one is fraught with moral imperative but not the other?

Comcast is not entirely off the hook on the network neutrality. That crusade is memed “Internet freedom,” which would suggest a moral imperative were it not lobby-speak for “Google’s influence.” Maybe there is a moral imperative to govern Comcast’s control of its infrastructure. I don’t know. I’m not convinced anyone can say they do know. Do we consider uninterrupted video streaming a moral imperative?

If so, I humbly suggest we have bigger problems than network neutrality.

Local TV stations have what seems to be a more definite moral imperative to “serve the public interest, convenience and necessity,” through well-meaning but somewhat random operational requirements, like three hours of kids’ programming a day. Other TV station public interest requirements involve the provision of community information, clear sponsorship identification, access to airtime for political candidates, a concerted effort to keep smut off the air and a file keeping track of it all.

All these things certainly seem beneficial in some fashion, but how so in quantifiable terms? Has there ever been a formal analysis of the public interest benefits of three hours of children’s programming a day? Personally, I don’t remember ever seeing “Sesame Street.” Now “Dark Shadows,” that’s a different story. Does that count?

Sponsorship ID is pretty straight-forward. To be sure, journalistic operations should be the guardians of the bright line, but extreme revenue pressures and unscrupulous advertisers are blurring it. That’s not to excuse news operations for running ad fluff as editorial content. It’s simply a fact of life in today’s economic environment, as is consolidation in all its forms, including joint sales agreements and similar arrangements where one TV station sells ad time or fully manages another in the same market.

The Federal Communications Commission has allowed 256 TV stations to enter into JSAs, according to a February piece in The Wall Street Journal. The commission is now back-peddling. On March 12, somewhat late in the day, it released a statement from Bill Lake, chief of the FCC Media Bureau. I’m including it in its entirety because it reminded me a little of Marlon Brando petting a cat. Emphasis mine:

“The Media Bureau released today a Public Notice to give guidance to the industry about how the Bureau will process pending and future proposed broadcast television transactions. In the interest of transparency, we hope that all interested entities will find it helpful for us to identify publicly a concern that has arisen in our review of proposed transactions in recent months and years and that will enter into our future transaction reviews. That concern relates to the combination in a transaction of operational agreements of various types along with contingent financial interests or financing relationships.

“Where such a combination exists, we see a need to apply careful scrutiny to ensure that the transaction does not give one station an undue degree of operational and financial influence over the second station. We will need to ensure that the economic effects of, and incentives created by, the transaction are consistent with the public interest and our commission policies. This is not a change in our underlying rules or the policies on which they are based. But we owe it to the interested public to share our concern that such a combination of operational and financial relationships raises issues of consistency with our rules and policies, which will have to be considered carefully in our public interest review. Parties interested in simplifying the review of their transactions should be benefited by knowing of this concern as they structure their deals. Similarly, parties with pending applications proposing these types of combinations will have the opportunity to amend those applications, if they wish, to simplify the review process.”

Copy edited, the statement says, “look, even though we’ve approved of these deals for years, and we’re not changing the rules, per se, we’re changing how we apply them. But we’re not telling specifically how we’re going to apply them.”

The Public Notice was a follow-on to a blog post by FCC Chairman Tom Wheeler suggesting one station generating 15 percent or more of another’s ad sales under a JSA should be attributable under revised ownership rules. The issue is on the commission’s March 31 agenda. Word on the street is that Wheeler has the votes. What this portends is a radical policy reversal orchestrated within a three-week window, without scrutiny, comment or any sort of evidence that unwinding JSAs is in “the public interest”—as the good chairman frequently exhorts in his post—nor how competition from digital and other platforms has promulgated JSAs.

A crackdown on JSAs is likely to force station divestitures in smaller markets and highly unlikely to serve the public interest in any way. The presumed point of “public interest” is more diversity and more local news. Stations under JSAs typically were not peak performers to begin with. It’s unrealistic to expect them to ramp up and report “more” local news on their own.

It’s more realistic to expect those stations to end up on the incentive auction block next year, which seems to be the point of the crackdown in the first place.