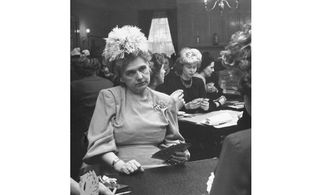 OPACITY:Though it seems entirely contrary to all logic and reason, people sometimes ask me what I think of something. The current direction of spectrum policy, for example. I don’t have much to say, other than it will have been the biggest fraud perpetrated upon the American people in modern times.

The wireless industry’s successful campaign to wrest control of the spectrum with the full assistance of the federal government is not merely about broadcasting. TV stations are a footnote in the main event, which is the systematic manipulation of the free market through political influence—and it is breathtaking. When a substantial portion of the population cannot afford whatever “national broadband plan” the government proposes to inflict, it will fall upon everyone else to subsidize it in the form of a tax collected directly by the phone companies.

And it won’t be minimal.

Let us review the events that bring us to this juncture, where wireless companies have laid the foundation to control all airborne content delivery. Remember that for decades, phone companies tried unsuccessfully to get into the TV business. Then people started abandoning landlines in droves in favor of cellphones. So the phone companies went after spectrum, providing Congress with a convenient “pay-for” to balance the budget.

So Congress spent $26 billion in 2006 budgeted from spectrum auctions that were not held until 2008 and brought in less than $20 billion. At no point did said Congress explain how it made up the other $6 billion, nor did it account for how—or how many times—the $20 billion was spent.

Consequently, 18 TV channels in every market across the country were eliminated in 2009 and 108 MHz of spectrum was redesignated for wireless communications. How much of that spectrum has been developed for wireless communications is not yet known. How many jobs it created, versus how many TV station personnel were axed, is not known. That’s because AT&T and Verizon, which won the bulk of the licenses, don’t have to say what they’re doing with them. Revealing build-out information isn’t “free-market” friendly, after all. Hoarding spectrum—now that’s free-market friendly. Not running a TV station on it. That’s inefficient use of spectrum, the wireless war cry goes. Bad. Very bad. Sitting on it and waiting for a price hike—that’s goooood.

A 2010 white paper on reassigning spectrum indicated that less than one-third of the 547 MHz designated for wireless service was actually in use. Then last year, we discover that the big cable and satellite TV providers have been sitting on wireless spectrum covering the entire country. But that’s OK. Because of the aforementioned free-market friendliness. However, hoarding spectrum also flies in the face of the government’s charter to manage the airwaves in the public interest. Woops. Pesky charter. But that was your grandpa’s federal government—the one supposedly concerned with upholding Democracy, or some such naive notion. Now the charter is to convince the public what is in its best interest, and that boils down to one thing—wireless broadband.

Spoiler alert: I am not some misanthropic, fossilized defender of the broadcast industry. Well, maybe I am, but that’s neither here nor there when it comes to the manner in which spectrum is being managed, purportedly to facilitate wireless broadband.

I want affordable mobile wireless broadband everywhere I go as much as the next person. Possibly more so, because I make my living virtually. I can play network hop-scotch in my sleep. There is nothing I would love more than a single, slim-profile device upon which I could work, edit video and images, hold conversations and move files—everywhere I go.

Would I personally vote to eliminate free TV service in exchange for reliable, ubiquitous broadband service? Maybe, but I don’t know. Neither the federal government nor the wireless industry has indicated how the network would be built, by whom, when, for how much, at what taxpayer expense and how much the service would eventually cost the very taxpayers who have already absorbed the $6 billion shortfall from the last TV spectrum auction.

And this concerns me.

I am supposed to trust the free market for the build-out and management of a national wireless broadband network, but not for the provisioning of spectrum necessary to do so. For that, I am supposed to trust the federal government to manage the process in my interest. Rhetoric about a “looming spectrum crisis” is most definitely not in my interest, nor does it tell me anything of factual substance. Unfortunately, the idea has so permeated the mainstream press that it is now assumed there will be a spectrum shortage for mobile communications, and that the only answer is dedicating more spectrum to the cause.

This conclusion was reached without even a cursory spectrum inventory, much less one identifying unused licenses, and offered for public comment. It was decided without any open discussion of developing more efficient wireless transmission standards, much less the antenna technology necessary for mobile broadband devices using UHF TV spectrum. The absence of such actions on the part of the federal government suggests that it had no interest whatsoever in considering alternatives to throwing more spectrum at the presumed spectrum shortage.

Since spectrum is finite, we are told, I’m not sure how throwing more of it at a growing shortage will resolve the problem long term. No, that will be up to the Americans vicariously being taxed in the form of wireless subscription fees for use of their own airwaves to fund the development of more efficient wireless transmission standards.

In the meantime, the march to reclaim the TV spectrum will not be deterred by nettlesome facts nor common sense, and it will be facilitated by friends of the wireless industry. This week alone, the Federal Communications Commission announced that its TV spectrum auction advisors included a cadre of vociferous wireless industry advocates; the Commerce Department “identified” 95 MHz of government spectrum for broadband, coincidentally including the bandwidth assigned for TV station newsgathering operations; and Verizon CEO Lowell McAdam said that the provider would offer mobile TV service by the end of the year.