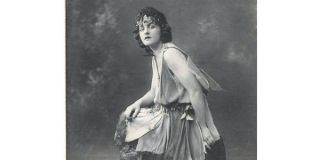 STRANGER THAN FICTION: I would like to understand SOPA. I really would. But researching the Stop Online Piracy Act is a snipe hunt. SOPA is supposed to give the U.S. government the power to crack down on websites that illegally traffic copyrighted intellectual property. Let me just start by saying, “ha ha ha ha ha!” You might recall that this is the same federal government hacked by an 18-year-old earlier in the year. The same one that lost 24,000 Pentagon files, had CIA.gov taken down, and was unable to protect the personnel files of thousands of military members.

Here’s my basic position on piracy: Pirates in general are criminal blackguards who should be avoided unless they have rum and look like Johnny Depp. As for online piracy, therein lay a contradiction. People who make movies, music and literature enjoy being paid for it. People who watch movies, listen to music and read books online prefer doing so for free, and by “prefer” I mean, deem it their unalienable right.

The impact is painfully obvious here in Hollywood where people whose retirement consisted of acting residuals are now seeking second careers making change. Part of that is the way studios structure distribution deals, of course, but at the core of it is the digital depreciation of content.

Exhibit A) I have a friend who makes a very healthy six-figure salary who once burned a CD for me (back when we did such things) and called it Fair Use, though it seemed curiously parallel to “cheap.” Now that physical media is all but dead, everything’s online. We just won’t pay--much at least--for online content, and advertisers are not all that keen on the click.

And so ensues a screaming match in Washington, D.C. about SOPA between the Hollywood lobby and the electronics lobby whose members benefit like crazy from free content. Without it, our handheld computer portals become even greater money sinks than they already are.

The fight assumes SOPA would actually have any impact whatsoever on Internet piracy. The general idea of being a pirate is to break the law, so it seems that a law against online piracy technically creates piracy. You do that, and you have to pay for a cybernavy, and to pay for a cybernavy, you have to have a sufficient tax base, and I guess we all know show that’s working out.

Enforcement is therefore left up to Internet Service Providers in the form of blocking offending domain names and an IP addresses. That’s certainly impossible for any moderately web-savvy six-year-old to work around. What the SOPA debate does, if anything, is amplify the chasmic disconnect between technology and legislation.

An exchange during the House hearing on SOPA suggest the time is right for hackers to start running for office. Rep. Steve King (R-Iowa) tweeted at one point that he was so bored with the testimony of one of his colleagues, that he was “killing time by surfing the Internet.” Congressman King apparently had never heard of Anthony Weiner, and therefore supposed said colleague would not hear of his tweet, which she did. Consequently, the hearing on legislation to outlaw online piracy turned into a spatfest between alleged adults, in other words, a typical hearing on Capitol Hill.

Rather than turn to legislators to reign in content piracy, perhaps the Hollywood lobby would be better off just hiring up a few boatloads of pirates. Making a law against digital piracy is up there with a beat cop telling the guy selling knock-off watches in Times Square to move along. And for the pirates, there has to be a better way than completely decimating the industries from which they’re purloining. Or not, and then what happens to the economies based on those industries?

I truly doubt whether SOPA itself is the right answer, but the spirit of SOPA may very well may be the preservation of jobs. Opponents will howl that the Internet creates jobs galore, but in the case of online piracy, that appears to be a handful of jobs in Hong Kong and Sweden versus a few hundred thousand in the U.S. content creation industry.

One way to overcome the whole mess is for people to stop consuming pirated content. So I guess we’d better think of something else.
~ Deborah D. McAdams