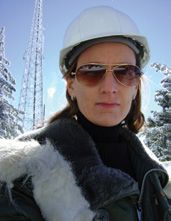 There is only one catch in the legislation authorizing an incentive auction of the broadcast TV spectrum: Questioning the impact on broadcasting is a process of a rational mind. Not doing is crazy. The industry would face a disastrous channel repacking. However, because the relevant questions cannot be answered until after the auction, the industry faces a disastrous channel repacking.

Congress has outdone itself.

The esteemed body directed the FCC to sell off TV channels in a way that an outcome cannot be anticipated, because sellers can participate secretly. There is no way to know how many stations, in which markets, may move, share channels or drop out all together.

The next repack is shaping up to make the 2009 digital transition look like second-grade math. It was clear then that all broadcasters in Chs. 52-69 would get packed into 2-51. This time around, the Administration wants to give Chs. 31-51 to wireless carriers, but broadcasters don’t have to give up spectrum. Relinquishment is voluntary. Congress doesn’t force bad ideas in an election year.

What it did instead was slap a three-year deadline on the repacking, which cannot be modeled accurately until after the auction is held, (and could explain why the FCC has refused to release its own model—because it doesn’t have one!)

Of course, modeling can be done with known and projected numbers. Take these, from Jay Adrick of Harris, who offered them at an FCC repacking workshop in June. Adrick said a total of 14 tower crews have the capability to swap out TV transmission antennas on tall structures. The average time required for the job is five weeks, he said. So if 500 broadcasters have to swap out antennas, each of those crews would have to work every day for nearly three-and-a-half years to get it done.

Could it be that the law is crazy?