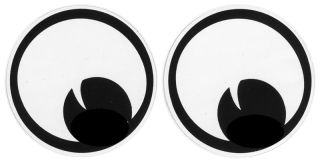 LUNCH – I’ll make this quick out of mercy to the dear reader and nothing at all to do with competition in the chow line. I am writing to you live from the Hollywood Post Alliance Technology Retreat in the desert conclave of Indian Wells, Calif., in the company of some of the smartest people in TV and motion pictures. They think 4KTV can be a contender, and so do I. It has the following qualities going for it:

A) It does not make the viewer sick.

That was a wee bit of a strike against 3DTV. That, and—let’s be honest—it’s just not that interesting. A good deal of the time, 3D video images look like moving dioramas. Forget about the glasses. Forget about the dim images from losing half the viewing light. 3DTV is gimmicky. We all knew it, but TV manufacturers needed a hook after the windfall that was HDTV. The problem was, they believed that others would believe their hype about 3DTV. I’m not about to go to bat for the overall intelligence of the species, but I believe it safe to say that humans know enough to draw the line at spending $1,000 on a TV set that literally nauseates them.

Whereas… higher resolutions can provide the type of picture sharpness that makes images seem more like 3D. Look around at your surroundings now, whatever they are, your brain doesn’t inform you that you are processing visual information in three dimensions. Depth perception and spatial awareness just goes with the territory, (with the exception of certain drivers for whom an automobile represents a perceptual Faraday cage, and you know who you are. No you don’t.).

Part of what makes our surroundings dimensional is the resolution is absolute, according to what I just now think. Be that as it may, the higher resolution monitors shown at last year’s HPA retreat and other trade shows provided a more realistic illusion of depth than any 3D display I’ve ever seen. Visual perception scientists will have much more detailed and accurate assessments of how the human eye processes video-display images, but at the end of the day, what matters is what people see, not what others believe that they see. And there is some evidence that people detect a difference between HD- and 4K-sourced material—on HD displays, no less.

That alone is compelling enough for some of the TV guys I talked to here to be optimistic about 4K, even while many of the processing and distribution components do not yet exist. Productions have long been captured with more data than what was ultimately sent out to the world, I’m told. 4K is just another iteration of that.

How 4K fits into today’s television distribution systems is another proposition entirely. The clearest, least-squeezed HD content available on non-physical media today can only be had over-the-air, (though to be fair, HBO doesn’t look bad on some pay systems). We all know that over-the-air TV is bound, however, by MPEG-2, and despite improvements in encoders since the codec was adopted in 1996, transmitting 4K images in 6 MHz of spectrum using MPEG-2 will not occur.

All it needs is industry-wide agreement and approval for an advanced codec that TV manufacturers agree to put in sets that are compelling enough to make a majority of people go out and buy one.

Stranger things, as they say.