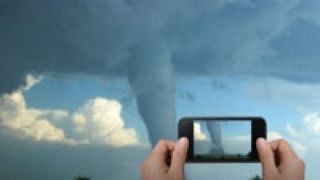 Traditionally, live remote broadcasts have used microwave and satellite feeds to deliver signals from the event location to the broadcast studio. These are still highly viable methods, and they remain in the broadcaster's toolkit for managing live events. However, with the growth and maturity of IP networks, there is a third reliable option for delivering high-quality contribution content: video over IP.

Some of the keys to broadcast-quality reliability over IP include extensive FEC, diversity, low latency, error correction, redundancy and robust encoding/decoding. With the improved speed and reliability of IP networks, careful planning can result in high-quality contribution feeds that are reasonably priced and can be established quickly.

Cost is always a consideration. Fortunately, because most commercial buildings now have Ethernet cabling, IP links are easier than ever to use. Even if cabling has to be added, the components and skills needed to create the links are low-cost and readily available. A suitable Internet connection can be provided by the local telco, cable company or other commercial IP bandwidth provider. In addition, because these links are more or less standard commercial IP networks and not a dedicated video-only network, no special installation skills are required, which helps keep installation costs low.

Whenever a commercial network is contracted for this IP service, it's critical that the provider is aware of the QoS necessary for contribution-quality television links. Depending on the location and the type of service available, it may be necessary to use two high-speed links to provide the main feed, and then another path to provide redundancy.

Let's consider some of the inherent advantages IP links may have over more traditional satellite and microwave remote feeds. These include simple return paths for control and intercom, as well as computer networking for Web access and e-mail. If ENG crews tend to work at certain locations (city hall, sports arenas, police stations, auditoriums, etc.), these locations can be wired for IP connectivity with much higher capacity and control capability. The system can even be extended to backhaul the cameras, using, for example, 10 JPEG 2000 links over a GigE pipe for remote production, eliminating the need for a complete OB truck.

Improvements in FEC play a big role in the ability of IP networks to deliver reliable high-quality video. SMPTE 2022-1 addresses FEC in IP networks and can be implemented with QoS-aware routers. The FEC data is put in its own packet and sent on a different path to the receiving end. There, it is combined with the primary signal to eliminate any loss of packets or jitter in the primary signal. The specification requires interleaving of FEC packets for still more reliability, but this introduces latency.

The SMPTE FEC specification identifies a matrix of 10 × 10 IP packets as a typical packet array. This is sufficient to compensate for burst losses of up to 5ms. Advanced encoders and decoders can widen the protection range to up to 50ms, which is similar to the time needed to automatically reroute a signal in the event of link failure.

In addition to error correction, it's also possible to conceal the effects of packet loss or other link anomalies. If the loss is severe enough to cause breakup, the receiver can repeat the last good frame. JPEG 2000 codecs often use this technique, as they compress each frame and, therefore, always have a last good frame available.

The jitter and latency specifications for MPEG-2 transport streams are generally tighter than the standards in IP networks. Identified in the ITU Y.1541 standard, IP packets can have an arrival time that varies by up to 50ms as a result of network traffic and IP buffer status. This can be compensated for by adding latency and managing the buffer output rate. A receiver with a configurable IP buffer lets the operator set the delay to cover any late-arriving FEC packets.

A big part of a successful IP contribution network is redundancy — how the system can be protected against single points of failure. There are several possible approaches to ensuring efficient redundancy. One option is to choose a configuration where the IP network itself automatically selects and forwards one stream at a time from the transmitter. Another option is to send two streams from the source to the destination, but on different network paths. A third is to combine the first two options to increase the robustness even more.

The first approach uses interaction with IP routing protocols. Two independent transmitters are set up to send exactly the same multicast with the same “virtual” source unicast address. The rules of multicast forwarding in an IP network mean that a router will only forward multicasts that arrive on the “shortest” path to the source of the signal. By manipulating link costs using routing protocols like Routing Information Protocol (RIPv2) and Open Shortest Path First (OSPF), it is possible to achieve redundancy switchovers. OSPF is the newest of these and provides the fastest switching times.

With OSPF, an exchange of link status advertisement messages (LSAs) is used to build the routing tree and calculate the shortest path to any destination. A transmitting device will send LSA messages based on the alarm status of the transmitted signal. When a router receives two redundant multicasts, it will only forward the “best” multicast — e.g. the signal that arrives on the port that is on the shortest path to the source.

Changeover in an OSPF system is fast, with switching times of one second or less. Such a system will automatically sense a failure and immediately switch to the backup route. OSPF is relatively simple and easy to implement, but a drawback is that it may cause a short break in the program when changeover occurs.

The second approach uses two parallel signals all the way from the source to the destination. With a single transmitter and receiver connected with two high-quality IP links, IP packets can be synchronized at the receiver end. The receiver rebuilds the video stream using IP RTP sequence numbers. This approach will work perfectly as long as the two network connections do not lose the same segment of program data. This can be referred to as “IP diversity” mode

The last approach may be combined with the first to increase the robustness even more, i.e. combining IP diversity with OSPF. IP diversity provides a glitch-free service in the event of the loss of one of the links, while the OSPF mechanism makes sure that automatic redundancy switching will be performed in case of transmit equipment or source signal failure.

Maintaining the quality necessary for contribution feeds can be done with MPEG-2, MPEG-4 and H.264/AVC encoding. However, while these technologies work well for the distribution side of broadcasting (e.g., from the broadcaster to the home), they are not ideal for contribution feeds. MPEG's GOP structure makes it vulnerable to coding impairments and transmission loss. Neither MPEG nor AVC works well in an environment where signals are repeatedly encoded and decoded. These systems use DCT compression, which is inherently lossy; they throw away pixel data and re-create the image based on predicting movement in the frames.

JPEG 2000 encoding uses wavelet compression and is inherently lossless, although it cannot be compressed as deeply as MPEG and AVC. With JPEG 2000 encoding, each frame is discretely encoded and there are no predicted frames. This is ideal for the contribution side of broadcasting, as it works well with editing systems and can endure multiple encode/decode stages without loss. Using redundant high-quality IP links, appropriate FEC, modern routers with OSPF capability and JPEG 2000 encoding, IP feeds can be confidently used for even the most critical HD and 3-D outside broadcast events.

For contribution via satellite and/or lower bandwidth telco links, MPEG-4 encoding provides another solid alternative. For those looking to deploy hybrid systems including existing satellite infrastructure and fiber-based IP networks, a high-end MPEG-4 10-bit system is a cost-effective and high-quality choice for live event contribution. With satellite links, operators must maximize limited bandwidth, which means delivering the highest video quality at the lowest bit rate. MPEG-4 is often a good choice.

Here are three real-world examples of successful implementations of live contribution of high-resolution, time-critical video over IP. Azzurro HD, a New York-based provider of broadcast-quality video transmission services, uses JPEG 2000 encoders and decoders to facilitate real-time HD-SDI video contribution over an IP network between Marist College in Poughkeepsie, NY, and its facility in New York City. The encoder/decoders enable live HD-SDI contribution video over IP from Marist College to be sent to any television network.

MTI Film, a provider of post-production and film restoration services, uses JPEG 2000 encoders and decoders to facilitate remote dailies and color correction collaboration of the revamped “Dallas” television series. With roughly 50Mb/s dedicated in each direction for color correction, the required post-production tasks can be handled over low-bandwidth links.

Satellite feeds and microwave trucks will remain necessary for many live news and event feeds. This is especially the case in situations where it is not possible to set up IP connections on short notice. However, in those instances where programming originates on a regular basis, redundant IP-based video networks combined with JPEG 2000 and MPEG-4 codecs can provide a simple and affordable path for high-quality contribution signals.