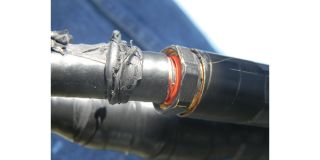 The annual IEEE Broadcast Symposium is one of the best forums to find out about new broadcast RF technology, whether it be antennas or transmitters, radio or television. The symposium, of course, is not limited to RF and this year there was a tutorial on IP in broadcasting focusing primarily on studio applications and a session devoted to audio in radio and TV.

This month I’ll describe some of the broadcast RF presentations at this year’s event.

Bill Meintel from Meintel, Sgrignoli and Wallace is known for his work on the software used to determine DTV coverage and interference in accordance with FCC Office of Engineering and Technology Bulletin 69 (OET-69). The law allowing the FCC to conduct incentive auctions requires the use of OET-69 to determine coverage and interference as a result of the planned repacking to free up spectrum for wireless broadband.

While some of the paper reviewed topics I’ve previously discussed, Meintel spent some time explaining the complications that will come with the repacking. Before the FCC or an engineer can run a new coverage and interference study, they will have to know whether the desired station is on a new channel and the channels of interfering stations, which will change after repacking and perhaps even during the auction.

PROPAGATION ANALYSIS
Sid Shumate from Givens and Bell presented a tutorial on “Propagation Analysis.” As with Meintel’s presentation, some of the information wasn’t new, although I found his discussion of empirical and deterministic- based propagation models useful and his detailed explanation of the methods used to determine path loss in deterministic models very interesting.

Shumate discussed the limitations of ITM/Longley-Rice, the basis of OET-69, with regards to the way it handles diffraction. He noted that the Kirchoff-Fresnel model used in ITM is now depreciated for shadow area diffraction. “New shadow-area diffraction methodology based on a better understanding of the Huygens principle, has lead to advancements in stealth technology, fractal antennas, and metamaterials, even to a patent [to the Fractal Antenna Corp.] for electromagnetic clocking,” Shumate said.

Broken coax connector ITM has not been updated to a new diffraction model, but Sid has been working on updating his ITWOM model. Perhaps sometime next year he’ll release a new version of ITWOM that improves accuracy over the version currently available with the SPLAT propagation software. For anyone looking for a review of the basics of RF propagation calculations, Shumate’s paper was included in the IEEE 2012 Broadcast Symposium Proceedings.

INTERMODULATION ISSUES
Intermodulation can propose problems for receivers at and around crowded antenna sites. There were two papers presented on this topic, one by consulting engineer Greg Best covering methods for calculating intermodulation (IM) at a site and another by Merrill Weiss of the Merrill Weiss Group showing the real-world impact of passive intermodulation (PIM) on a site at Mount Diablo in northern California. Best gave an overview of site interference, explaining it can either be conducted (intrasystem or self-interference, as in a diplexer), or radiated interference (occurring between different systems with their own antennas). IM can be created in receiver, transmitter or passive components.

Much of the simulation work on IM has been for the military, mostly shipboard applications with a number of RF systems in a confined area. The use of computer simulations is complicated by the need to create a mathematical model of the actual equipment to determine their potential to create interference. For example, real-world filters have bandpass regions outside their design region that can make them susceptible to IM. In reality, computer simulation of IM will be limited in the number of transmitters that can be studied, the order of IM products calculated— Best pointed out some can only calculate up to third IM products—file size limits on the computer used and the program’s assumption that devices are linear.

Best said ComSite Pro is the only computer simulation he found that was up-to-date and commercially available. Check the ComSite Software website (www.comsitesoftware.com/cs_pro.aspx) for several useful and free tools. Unfortunately Best’s paper was not included in the proceedings from the symposium but may be available from him or the IEEE BTS.

Weiss described how he measured PIM for his Mount Diablo project, complete with graphs and photos. He observed that PIM cases are likely to become more prevalent with repacking of stations into the low end of the UHF band and with an increase in the number of FM IBOC operations. He found that the assumption that a mask filter controls emitted spectrum isn’t always correct. PIM can be caused by any passive component in the RF system— filters, cables, connectors, even incorrect choices of metals and plating.

Beyond the RF system, PIM can be generated by corroded or contaminated elements, dissimilar metals in contact, and rust acting like a diode on or around the tower. When RF current flows, bolt extensions can work like antennas! Weiss showed a video indicating the effect of weather on PIM; the change was dramatic. He presented a huge amount of data in a short period of time. If there is interest, I will cover his presentation, including the how and why, in a future RF Technology column. His presentation is available in the proceedings.

Next month, I’ll take a look at some other presentations, including Mobile DTV, the future of broadcasting and two papers from FCC engineers—Martin Doczkat’s presentation on RF exposure simulation and compliance and Bob Weller’s incentive auction update.

Let me know the topics you would like me to cover in more detail. Email me atdlung@transmitter.com.