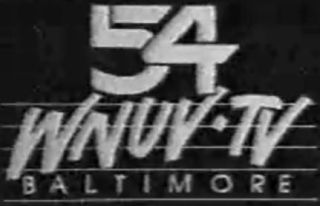 WASHINGTON and BALTIMORE -- The FCC has granted Sinclair’s WNUV-TV authority to operate an experimental facility, BPEXDT-201301 16AFF. In a letter signed by Barbara Kreisman, chief of the FCC’s Media Bureau Video Division, the commission granted the station authority to “broadcast DVB-T2 signals on Ch. 40 in Baltimore, Md., subject to a number of conditions, including notification of healthcare facilities in the area “that may potentially be affected by your operations;” submission of “a report of the research, experimentation and results, showing both positive and/or negative aspects of this experiment” at the conclusion of the experiment; and, in conjunction with each application for renewal of the authorization, a report pursuant to Sec. 74.113 of the FCC rules along with “any other relevant information deemed appropriate by the license.” Sinclair is also required to inform the commission should any unusual problems or conditions arise during the authorization period at the time they occur.

The FCC released the experimental authorization application from WNUV on Wednesday. It contains much more detail on the planned experiments. While the FCC’s letter only mentions DVB-T2, the application says WNUV anticipates that after testing DVB-T2, it will progress to testing DVB-Lite, DVB-NGH, and a “non-standard variant derived from experimental outputs.”

WNUV said in its request, “Timing is driven by scarcity of test devices given the ‘newness’ of NGH (for example). It is WNUV’s intent to participate in the development of, and demonstrate, ‘the art of the possible,’ and to engage the interest of many inter-related industries to help to define a future standard that is harmonized with components of global standards. We hope that this facility will be used as an extension of work ongoing throughout the broadcast industry globally (ATSC 3.0, FoBTV and others).”

While the testing will start during overnight hours to verify compliance with the FCC emission mask and to verify proper operation of both the transmitting and receive equipment, including radio-frequency capture equipment and a limited sample of receivers, the letter states that once these initial overnight experiments are completed and “system optimization and calibration requirements have been met, and initial field testing and data/information gathering is verified, it is expected some daytime experimental activities will take place.”

WNUV’s programming will be carried on Sinclair’s WBFF in its entirety so viewers will not lose The CW programming from WNUV during the testing either over the air or via cable.

As I pointed out in my TV Technology article, “OFDM: Getting Down to Basics – Key Parameters,” one of the major advantages of the newer OFDM broadcast standards is they allow great flexibility in trading off data rate for the extra robustness needed to reach portable and handheld devices and even sets with indoor antennas. In its application, WNUV said it proposes testing different coding rates using QPSK, 64 QAM and 256QAM.

I would expect the tests to show what type of antenna installation will be required to receive less robust signals capable of supporting 4K UHDTV data rates and what trade-offs in data rate will be necessary to provide reliable reception on handheld devices in different environments.

One part of the experiment involves collecting RF captures. This will allow evaluation of new receivers in the laboratory and provide a rich data set showing real-world propagation channel characteristics that can be used to optimize coding and other parameters in the next-generation broadcast system.

Reading the WNUV application, it is clear this experiment is much more than a demonstration of OFDM and DVB-T2. WNUV proposes additional testing, including use of MIMO (multiple input/multiple output) and MISO (multiple input/single output) technology (see my TV Technology columns linked below for details on how this works).

Making the transition to a new broadcast TV standard will not be simple. The WNUV experimental operation will be critical in determining if the promise of the new DVB standards, the new error-correction/coding schemes that approach the Shannon limit, and new space/time transmission/coding techniques like MIMO that increase robustness and data capacity are worth the pain of transitioning to a new system. For TV broadcasting to survive, I hope it does.

WNUV summarized the key goal nicely in their application: “WNUV is seeking to demonstrate to the industry and its leaders that there exists a path to more effective distribution of current and future television content, to provide a higher [quality of service] to our future viewers on multiple platforms, and therefore to make best use of our spectrum as a television service.”

Also see…
December. 27, 2012: “World’s Broadcasters Plan Broadcast TV’s Future”
We can get an idea of what a next-generation broadcast system might involve by looking at the work DVB has done with DVB-T2 and DVB-NGH. Those standards are based on COFDM, and they allow different modulation and error-correction techniques to trade off robustness and data rate, and support for multiple transmitting antennas.

May 18, 2012, “EPFL Scientists Develop Single Antenna MIMO System”
MIMO technology uses multiple antennas operating on the same frequency, but with different data, to increase data rate without a corresponding increase in RF bandwidth. This technology is used in 801.11n wireless networks and is also used on LTE networks.

May 2, 2012: “Antennas for Next-Generation Digital Broadcasting”
At broadcast TV frequencies, particularly VHF, it is more difficult to obtain the isolation required between the multiple receive antennas, but testing has shown there is still some benefit to using multiple transmit antennas and a single receive antenna—a MISO system.

March 6, 2012: “DVB-NGH for Next-Generation Digital Broadcasting”
I don’t see how next generation broadcasting can be made compatible with today’s ATSC DTV tuners and achieve the desired spectrum efficiency and interoperability with wireless broadband.

June 30, 2011: “Tunable MIMO Antenna Aids Multiband LTE”
High-efficiency wireless communications using MIMO demands high isolation between antennas. An increase in antenna isolation equates to an increase in available bandwidth. The use of newly-allocated spectrum in the 700 MHz band presents unique challenges to antenna designers who now must develop effective antennas that work across spectrum ranging from 700 MHz (possibly even lower in the future) to the upper ranges of the 2 GHz band.