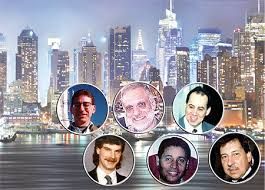 I'm not a broadcaster. I don't earn my living at that noble profession, so I'll never claim to have the soul of a real, bona-fide broadcaster. Like others who majored in Communication Arts, though, I did my time at the college radio station, and as a result, I feel as though I've picked up a few broadcaster instincts. These instincts, I'm sure, were nurtured under the little 325-foot tower, immersed in 3,000 W of frequency-modulated RF, with New York City and its suburbs as an audience. Pushing programming out into the ether, whether by reading the news off the wire or engineering a public affairs program, was an immense responsibility. Simply keying the mike would put you in front of thousands of listeners, naked and exposed with no do-overs.

This was, for us, the essence of live broadcasting; an exercise in risk-taking so public that the theater students' stage fright paled by comparison. That live, on-air experience taught us about preparation and self-confidence, as well as about Murphy's Law and the exquisite pain of the very public screw-up.

The FM carrier itself was a particularly magical, mystical force - confirmed and measured by meters and pilot lights but at the same time intangible and incomprehensible. I clearly recall a day in late 1974 when the magic was palpable, thrilling and chilling. One of New York's two classical stations would succumb this day to a format change, switching to "album-oriented" quadraphonic rock, of all things. A small group of us hardcore radio-heads huddled around a receiver at noon, the appointed hour, to hear Schubert's "Unfinished Symphony" give way to ELO's rendition of "Roll Over, Beethoven."

But more important to us than that heavy-handed musical symbolism was what happened in the time between the songs: After the classical selection, without another word, the carrier drops. Now, dead air. Inter-station hiss. Nothingness. The call sign, the format, the station itself has simply ceased to exist. Seconds later, that powerful, intoxicating whoosh as the transmitter is brought up again; a moment of breathless silence; and a lone male voice intones the new call letters for the very first time. Cue the music.

What was it about that simple regulatory procedure - nothing more than a sign-off and sign-on - that so transfixed us then? I've come to think that it's the power of dead air, a kind of negative energy equal in power to the carrier assigned to that space. Dead air thoroughly disturbs broadcasters... sends a chill down the spine. It begs questions about potential unfulfilled, about loss, about trouble. Is there a problem? Is everything all right? What happened? Around the station, I'm told, veteran broadcasters perk up their ears when, way off in the background, they can't hear the on-air signal any more. For less aware staffers, alarm circuitry senses silence on the airwaves and reports it with the urgency of a nursing home fire bell. Is the carrier still up? Did the mast deicers fail? Is there trouble at the transmitter site? Dead air prompts a feeling of alarm, a vague sense of dread, the possibility that something bad has happened. I had learned this, and I understood.

Flash forward more than 25 years, to a beautiful September day in New Jersey... crisp, fresh, and with the purest, bluest sky I can remember. I'm scrambling to complete a client's last-minute project, and I don't really want to leave the console and lose valuable time when I'm told that a plane seems to have hit the World Trade Center. Those damned Cessna 152's running up and down the Hudson River are a nuisance, and I'm not surprised that one of them finally clipped the Twin Towers. By the time I learn that it wasn't a Cessna, the second plane has hit. We watch a VHS machine's tuner fed by our rooftop antenna, an old Channel Master I'd thrown up in defiance after the cable company offered us its highest-priced commercial package. Like a hundred million others, we watched, stunned, and strained to catch the details.

And then it happened. Dead air.

Up and down the VHF band, nothing to be seen. Furiously tuning up, down, then up and down again, the obvious becomes apparent: There are no transmitters left. No mast. No Trade Center. And no engineers. WCBS-TV's backup transmitter, located on the Empire State Building, comes online and waves and wobbles for a while. But aside from this faint signal - a candle flame dancing in the wind - there is no broadcast TV in New York, just dead air.

It was in the hours that followed that the dead air sensation fully overtook me, the one from so long ago. The emptiness, the urgency, the dread of that visceral, reflexive reaction amplified the horror of the events of the day, unfolding a mere 15 miles away. And acknowledging this seemingly inappropriate involuntary response - I'm not a broadcaster, after all - threatened to trivialize the enormous loss. A fellow Middle School parent in town, a former classmate, friends of friends... the casualties kept rolling in, while I periodically scanned the airwaves, almost compulsively, for signs of a different sort of life. A psychologist could have a field day with this one, I remember thinking.

It's been a year now, and much has been written about our losses - and triumphs - during those days. The airwaves have gradually returned to life, thanks to much ingenuity, swapped and loaned frequencies and facilities, and even Major Armstrong's old Alpine tower. When I mentally revisit that time, I still worry that my initial dead air reaction was, and is, trivial or superficial... the mark of a shallow being. But when I choose to focus on those first hours, not simply thinking about them, but putting myself into that time and place, I feel the same cold sweat and uncertain terror, and I understand.

I hope I always remember that feeling.