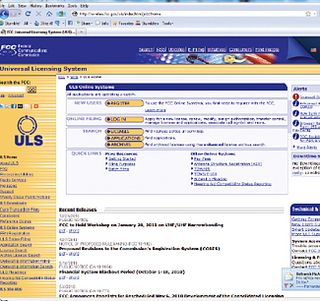 SAN FRANCISCO—As part of the FCC's National Broadband Plan (WT 10-153), the commission has proposed opening up the 7 and 13 GHz TV Broadcast Auxiliary Services (BAS) bands to Private Operational Fixed Service (POFS) stations. In exchange, the prohibition (outlined in Section 101.601(a)(7)) that a below-21 GHz POFS station could not be used as the final link to a broadcast station, would be abolished. The driver for this proposal is to make more backhaul spectrum available for wireless broadband access, a primary goal of the NBP, General Docket 09-51. In this writer's view, rulemakings seen by the Commission as supporting the NBP get expedited action, and have a high likelihood of being adopted.

Assuming that POFS stations do get access to the 7 and 13 GHz TV BAS bands, these newcomer POFS stations would be basing their Section 101.103(d) prior coordination notice (PCN) studies solely on what is reflected in the Universal Licensing System (ULS). If a BAS record has missing data in the ULS, or has obsolete data, or is even missing entirely (without the TV station licensee realizing that the record is missing), then it is possible that a newcomer POFS station could be granted authorization to operate on a frequency and path that would interfere with the improperly documented TV BAS station—in which case it would presumably be the improperly documented TV BAS station that must give way. If that means your studio-to-transmitter link (STL) must cease operation, the repercussions could be serious. Even if the improperly documented TV BAS station does eventually prevail against a newcomer POFS station, the TV BAS licensee will likely have had to spend substantial sums for legal and engineering services to achieve that outcome. So the adage "an ounce of prevention is worth a pound of cure" is applicable.

So, what does this mean to you? It means that it is now really important to fix missing data in the ULS for any of your TV BAS licenses, and to ensure that you don't have any missing licenses. TV BAS licenses can be inappropriately deleted from the ULS if the parent TV station renewal is delayed (e.g., a license renewal challenge). Thus the FCC's Media Bureau does not notify the Wireless Telecommunication Bureau (WTB), which maintains the ULS and BAS license records, that a timely renewal application for the parent TV station was filed, and therefore also for all BAS licenses associated with that TV station. Pursuant to Section 1.62 of the FCC rules, if a timely renewal application is filed, then the station in question has continuing authority until the renewal application is acted upon, even if that takes years. Unfortunately, in such cases WTB may incorrectly delete BAS records from the ULS, thinking that they have expired.

So the key message is, check your licenses now. When the FCC acts—and this writer thinks it will—then your station's ULS database records will need to be current, correct, and confirmed. Ask for a checkup that includes at least the following:

Added bonus: If the 2 GHz TV Pickup operation is in any of the 10 markets scheduled to have 2 GHz DoD uplink station added, this also means that the DoD uplink must protect the of-record ENG-RO site.