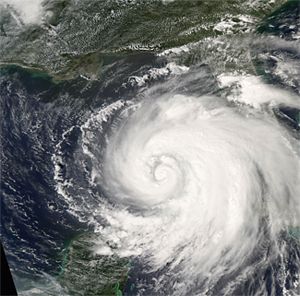 MIAMI
Broadcasters along the Gulf and Atlantic coasts are bracing for what NOAA is calling an "active to extremely active" hurricane season this year. "If you had to choose a place on the planet to sit and get struck by a hurricane, than Miami would be the place to be," said Darren Alline, chief engineer at ABC affiliate WPLG-10 in Miami. "Statistically, this city has the highest percentage of hurricanes of any location anywhere. So when NOAA says it's going to be a very busy season, we get ready!"

Hurricane protection starts with "site hardening," a lesson that has not been lost on WPLG. "Short of a catastrophic building failure, we have been hit with every kind of hurricane-induced damage that you can imagine," Alline said. "That's why we moved into a storm-strengthened studio complex—located in Pembroke Park, outside of Miami—in 2009. It is as tough as a city's Emergency Operations Center, according to our insurance company."

Among WPLG's protective features: Its roof has very few penetrations for services, to minimize wind getting inside and ripping the covering off. The AC unit is also housed inside a well on the roof, so that it can't be toppled by high winds. And if Miami's city water supply should fail? No problem; WPLG's AC system can draw cooling water directly from a nearby lake.

Fox affiliate WTVT 13 in Tampa, Fla., has taken similar precautions. "The studio and many of our inner walls are made from extra thick concrete, to protect staff from flying debris," says Mike Howey, WTVT's vice president of engineering and operations. "We have also installed storm shutters over all of our windows to protect our newsroom and technical areas."

Out at its transmitter site, WPLG has installed a new 1,000-foot tower that can withstand winds in excess of 150 mph. Like its studio, WPLG's transmitter building features thick walls, steel doors and minimal penetrations to allow in wind and rain.

For both stations—and indeed all broadcasters in the hurricane zone—keeping the power on is a big concern. This is why WPLG and WTVT have backup diesel generators and enough fuel on site at their studios and transmitters to run for 4-5 days. They're not alone: CBS affiliate WRAL-5 in Raleigh, N.C. has "generators with five plus days of fuel," said Director of Engineering Operations Peter Sockett. "We also have sheets of plastic, sand bags, pumps, hoses, chain saws, and a four wheeler ready to go."

Mindful that hurricanes can sometimes put a station entirely off air, WPLG, WTVT and WRAL have all arranged backup production centers in nearby locations, and developed multiple, redundant pathways to get their signals to air, cable and satellite TV.

Two hundred miles inland from the Atlantic coast, WYFF-4 of Greenville, S.C. has taken similar precautions. "We have an agreement with a sister station in North Carolina to use their facilities if we can't use ours," said WYFF Chief Engineer Doug Durkee. "We have the ability to feed our transmitter from a satellite feed if we can't program it from the studio."

Stations in the hurricane zone are accustomed to interrupting normal programming in favor of 24/7 storm news. Many have disaster plans prepared and ready to go, dictating how coverage should be handled, how staff should be rotated to prevent burnout, and what equipment is best suited to working in hurricane conditions.

A case in point: WTVT has purchased a number of $269.99 GoPro Hero Surf HD consumer cameras. Capable of shooting up to 1080p HD (compressed), these small, waterproof cameras are designed to be strapped to surfboards. "We saw these at NAB 2010 and were blown away by their potential," said WTVT News Director Mike McClain. "They shoot to an onboard SD card, and can be strapped to railings or posts in areas where a hurricane is about to hit. If they survive, we get great video from inside the storm. If not, we don't take a big loss and no one gets hurt. After all, safety comes first."

STAYING ON THE WEB

For all of these stations, the mission is to stay on air as long as possible. But broadcasting isn't the only priority: "This year, our focus has been primarily on building a scalable and fault-tolerant infrastructure for our web operations so that we can maintain our services in the face of tremendous demand from end-users," said WRAL's Peter Sockett. "We would fully expect to see traffic levels up to 10 times our normal levels, and we have planned accordingly." Web sites are an important point of contact for viewers wanting to submit their own video; a free news source that many stations are capitalizing on today.

Away from the coast, stations such as ABC affiliate KTBS-3 in Shreveport, La. are also making their news plans. "While we don't tend to get hit by hurricanes directly, we host evacuees from New Orleans who do, as was the case after Katrina," said KTBS News Director Randy Bain. "Meanwhile, hurricanes that do track up here from the coast are known to spawn tornadoes, which are a real threat to our viewing area."

WTVT Chief Meteorologist Paul Dellegatto Hurricanes affect people; both station staff and their viewers. "This is why we have a living hurricane planning document that is modified for each storm," says WRAL's Sockett. "It covers everything from staffing levels and how many anchors are on the air; to where our resources get deployed and which graphics packages are used on air. We also store extra food, cots, and medical supplies."

WTVT takes pains to talk to all staff members before hurricane season, to ensure that they are ready when trouble strikes. "Our staff know that we expect them to be here during the storm, which means they have to work out their family evacuation and property protection plans beforehand," McClain said. "We also help them plan what to put in their 'go kits'; both for their family and while on the job. For instance, our camerapeople always carry extra water and power inverters to charge their batteries in their cars, because you can never count on being able to find power."

While it's impossible to be fully prepared for hurricanes, it is fair to say that most broadcasters have done their best to be ready for the storm. With their plans and equipment in place, all that's left to do is watch the radar and wait; bearing in mind that weather forecasts don't always come to pass, as was the example in 2009.

"I love it when the pundits say it's going to be an active hurricane season," said WPLG's Alline. "The more they say it will be, the more it usually isn't!"