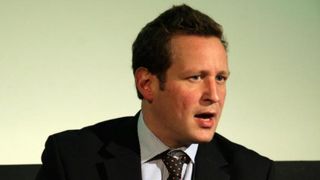 The UK’s Digital TV Group DTG has set up a new group to harness white spaces, parts of the radio spectrum that have been allocated but remain unused in particular areas. The new UK Programme Group for Dynamic Spectrum Access (DSA) will discuss how to allocate white spaces fairly between rival operators, including DTT and mobile providers, while developing a suitable white space regulatory framework.

The DSA has been set up to ensure that the benefits of emerging white space technologies are available to all parties, according to the UK’s culture, communications and creative industries minister Ed Vaizey. “We as a government are very keen to progress new and innovating technologies that will drive the rural economy and increase rural broadband," he said. "White space will underpin the next wave of innovation.”

DSA will assist in the development of the TV white space ecosystem, both to optimize overall use of spectrum and to protect digital terrestrial TV reception. It coincides with parallel moves by the European Union (EU) to start a market for trading white spaces to meet its targets for rural broadband coverage and stimulate mobile services including TV. This follows the conclusion at the end of 2012 of its COGEU project, which has been defining the technical, business and regulatory requirements for use of white spaces liberated as a result of TV digital switch-over.

A major technical requirement of COGEU was to develop intelligent cognitive radio systems that take advantage of the favorable propagation characteristics of white spaces whose spectrum, typically in the 500MHz to 800MHz range, has greater range and superior in-home penetration, than say Wi-Fi in the higher-frequency 2.4GHz zone. The regulatory requirement is largely to ensure that emerging white space services comply with trading rules and do not interfere with existing transmissions such as digital terrestrial TV.

DSA is likely to be aligned with COGEU. UK telecoms regulator Ofcom has also been highlighting rural broadband and enhanced Wi-Fi as leading candidate applications for white spaces. It aims to ensure that devices do not interfere with existing licensed users of the spectrum, which includes digital terrestrial and wireless microphone users. Ofcom is proposing to allow white space devices to operate without the need for a license, although the government will have to enact new legislation for this to happen.