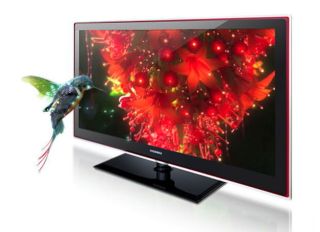 SCOTTSDALE, ARIZ.: In-Stat’s predicting a major uptake for 3DTV sets. The research firm said today that one in five TVs purchased in the United States in 2013 will be 3D sets. Year-over-year shipments are expected to grow 231 percent between 2010 and 2011, resulting in a doubling of the U.S. installed base of units for 3DTVs from 2010 to 2011.

“High definition did create a wave of activity in the U.S. market, not seen since the introduction of color,” said In-Stat analyst Stephanie Ethier. “3DTV promises to be the next significant innovation wave for living room entertainment.”

In-Stat previously said 3DTV shipments would more than double next year, which makes sense given sets were just introduced to the market this year. Current shipment numbers are not yet available, but the Consumer Electronics Association’s estimate for all of 2010 is 1.05 million. There are nearly 115 million TV households in the United States with, on average, more than two TV sets. The In-Stat prediction would put 2011 shipments at about 2.4 million.

In other 3DTV consumer uptake projections, the CEA is saying one-fourth of the folks it pinged online planned to buy a 3DTV set within three years. The CEA posted the figure on Twitter, but didn’t say how many people it pinged. Displaybank of South Korea recently predicted that 86 percent of all plasma displays sold around the world would be 3D capable by 2013, according to IPTV News.
-- Deborah D. McAdams