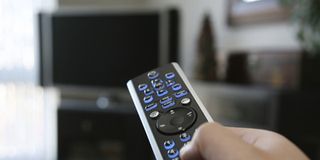 According to a new Consumer Electronics Association (CEA) user study, even with proliferation of portable digital devices in the market, most consumers are still prefer watching television in their homes. This cuts across most age groups, the study found, suggesting that the variety of "cord cutting" online services are being used in addition to, rather than instead of, traditional television programming.

"Access to faster Internet speeds and dramatic advances in mobile technology have changed the face of video content delivery and consumption," said Kevin Tillmann, senior analyst, CEA. "Digital content is not necessarily a substitute for traditional content sources, but instead an additional source from which U.S. consumers can quench their insatiable thirst for video content."

The study, entitled "Video Content Discovery and Purchasing Trends," looked at video content viewing behavior, discovery, acquisition and format ownership preferences. It found that while the vast majority (79 per cent) of those who use online devices watch video content from traditional television programming providers such as cable, satellite or fibre-to-the-home, a significant number of viewers are also turning to digital sources.

The study also found that while more than half (53 per cent) of consumers say they skip commercials, traditional television programming is critical to the discovery of new video content, for both movies and TV shows: