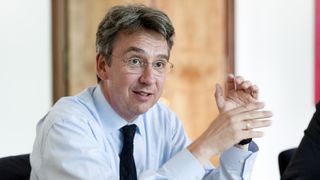 TV broadcasting groups Pro7Sat1 and RTL have been fined around €55 million ($70 million) between them for entering anticompetitive agreements when they introduced encryption of their digital free TV programs in 2005.

As part of the settlement, the two broadcasting groups have agreed to offer their major SD programs unencrypted for a period of 10 years over cable, satellite and IPTV transmission paths. But, this does not include encryption of HD content, which will account for an increasing proportion of the scheduled programming and will take over completely well within the period.

"According to the Bundeskartellamt's investigations, the two broadcasting groups agreed in 2005/2006 that, as of then, they would broadcast their SD digital free TV programs only in encrypted form and charge an additional fee,” said Andreas Mundt, President of the Bundeskartellamt. “The broadcasting groups also planned to make use of technical measures such as anti-ad blockers and copy protection functions to restrict the TV viewers' options for using the program signals.”

The orders imposing the fines are not yet final and can be appealed to the Düsseldorf Higher Regional Court, but all parties involved have agreed to have proceedings terminated by settlement.