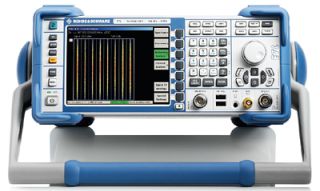 ALEXANDRIA, VA.
In the past few years, broadcast engineers and equipment manufacturers alike have had to re-learn how to measure, analyze and document the important parameters of a digital television signal. What gear you'll need to complete the measurements depends on where you are located in the RF signal chain.

In addition to classic RF measurements such as forward and reflected power, in the digital world you also want to know about MPEG encoding, and whether the bitstream that left your studio is exactly the same as the bitstream that arrived at the transmitter.

Pixelmetrix DVStation In some cases, transmitter manufacturers provide highly detailed information about the signals arriving and being processed at the transmitter. In other cases, you may need to augment the measurements your transmitter provides with an external test system—this is especially true if you are doing anything out of the ordinary, such as an unusual number of video streams or a single-frequency network.

By now, just about everyone knows that devices designed to measure the power of an analog transmitter will not read a digital transmitter accurately. Bird, Agilent and Coaxial Dynamics manufacture digital power meters for transmitters, and have a variety of products that can be used for occasional or permanent DTV power monitoring and measurement.

For example, the Bird BPME series of broadcast power monitors are mounted on transmission line segments and can be used to monitor forward and reflected power at levels up to 200 kW. The BPME has an Ethernet connection for access to RF information over the Internet.

Coaxial Dynamics has a transmission line power monitor system that can simultaneously monitor forward/reflected power on two transmitters. The Advanced Wattchman 81094 can be connected to two transmitters of widely different characteristics (one VHF and one UHF, for example), can handle power output as high as 100 kW, and operates at frequencies as high as 2.3 GHz.

Agilent's range of precision laboratory instruments can measure RF up to 25 Watts over wide bandwidths, and is better suited for troubleshooting and repair of modulators, exciters and microwave devices. An example is the Agilent E4416A, which can measure power from 10 MHz to 110 GHz, depending on the sensors used.

Once a signal is modulated, there are a number of tools to confirm that the datastream is clean and reaching viewers properly. Manufacturers such as Triveni Digital, Rohde & Schwarz, Pixelmetrix and Promax Electronics have products that can monitor DTV data streams, log errors and help determine points of failure.

Rohde & Schwarz ETL TV analyzer The DVStation family of measurement systems from Pixelmetrix can provide real-time measurement of transport stream protocol layers, and its modular architecture allows it to be built up to support several broadcast channels at once. The DVStation can monitor and send alarms in the event that FCC requirements such as captions and secondary audio programs are missing or corrupted.

"The DVStation monitors hundreds of parameters all in real time," said Danny Wilson, president of Pixelmetrix in Singapore. "Faults and alarms are identified according to conditions preset by the user and can be reported into a variety of network management systems, or even via text message."

The Rohde & Schwarz ETL TV analyzer can provide a range of monitoring and measurement functions, including MPEG and spectrum analysis, as well as bit-error rate (BER) measurement. Its built-in demodulator provides real-time monitoring and even feeds a video image to the ETL's seven-inch LCD display.

The HD Explorer ATSC analyzer from Promax Electronics is a portable MPEG/H.264 measurement system that can display and save real-time data from DTV broadcasts. The HD Explorer has a variety of data displays, including a constellation diagram and a spectrum analyzer.

The other end of the DTV chain is in the homes of viewers, and it is often helpful to have gear available that can test and validate signal reception in difficult locations. There are a variety of ways to do this, including small flash-drive-sized DTV receivers that plug into a computer's USB port.

Such receivers are available from Pinnacle, Hauppauge, Artec, AverMedia, Sabrent, Diamond and several more manufacturers. Many of these small receivers have software that allows you to record video DVR-style, so they can save evidence of reception issues. TV Technology columnist Doug Lung has discussed these devices many times and described ways that they can be used to test and validate DTV reception performance.

If you're thinking about getting one of these for RF testing, the good news is that they are cheap—prices range from $40-$100 for a USB DTV receiver. The bad news is that their reception performance is highly variable from unit to unit and brand to brand. If you know a colleague who has had a good experience with a certain unit, it's a good idea to get the same make and model.

For simple signal strength measurements, a field strength meter calibrated for digital television can give you those numbers. One example targeted at the broadcast industry is the Z Technology R-507, which can perform both analog and digital signal strength measurements to an NIST traceable standard. The R-507 comes with spectrum analysis software that lets the unit view the spectrum in up to 20 MHz-wide segments, which can help identify adjacent and interfering signals.

The Z Technology R-507 field strength meter can confirm measurements in the field and help isolate pockets of poor reception and interference. Some of the companies and products previously listed can perform off-the-air reception signal analysis to a great degree of accuracy and detail. For less-comprehensive—but still professional—measurement devices, Sencore and Z Technology have products that can measure, document and analyze DTV reception conditions.

Z Technology is one of the pioneers of off-the-air DTV reception analysis and has developed several products for measuring, recording and analyzing received 8VSB signals. One is the DSS5800 automatic test drive system, sort of a DTV reception analyzer in a suitcase that can provide displays and analysis while operating in a car being driven through the reception area. In this way, large regions in a station's coverage area can be measured and analyzed for specific reception problems caused by terrain, multipath and interference.

"A transmitter and antenna system are a significant investment for a broadcaster and most engineers realize they need to measure their signal coverage rather than simply rely on predictive software," said Jim Zook, president of Z Technology. "This is even more important as the mobile M/H standard is being implemented."

During the DTV conversion, billions were spent on transmitters, antennas, towers, transmission lines and other broadcast essentials. Without accurate RF, transport-stream and reception-signal analysis, some of that money may be going to waste when signals fail to reach viewers in what should be a station's coverage area.

We all know there is plenty of competition for viewers' eyeballs. Making sure your RF plant is doing all it can to get your signal out is one way to ensure you get the most viewers for your investment.