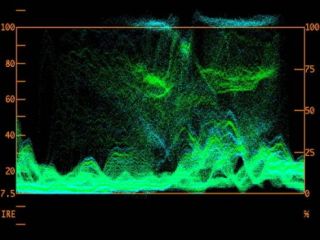 WASHINGTON: Broadcasters will have to expect some levels of interference from wireless transmissions as part of the reallocation of broadcast spectrum, says a report by a Department of Commerce advisory committee on managing broadcast spectrum. At a meeting held Nov. 10, the committee accepted a report from its Search for 500 MHz Subcommittee, which recommends that “commercial users” of reallocated spectrum “accept reasonable and defined levels of interference.”

The report will be forwarded to the National Telecommunications and Information Administration, the agency within Commerce tasked with advising the president on telecommunications and information policy issues. The recommendations were made public in August 2011, and few comments have been received on them, said Michael Calabrese, who is member of the committee and the subcommittee. Those from committee member Jennifer Warren, considered “clarifications,” were included with the recommendations as attachments.

The report’s recommendations include:
~ NTIA should utilize long-term evolution technology characteristics for its initial interference and other analyses, and should work closely with industry to fully understand system impacts and refine analysis and sharing solutions. LTE, commonly referred to as “4G” is the most recent standard for mobile telecommunications.

~ NTIA should implement an informal process, consistent with all applicable laws, to directly exchange data and have a dialogue between government and industry in order to facilitate and implement the spectrum recommendations in this report.

~ NTIA should stage the availability of the 1,755-1,850 MHz band for commercial use, with priority on the early availability of 1,755-1,780 MHz, and extending in contiguous stages as necessary to accommodate the relocation and returning of government users.

Warren’s comments say that both “the two-stage approach outlined for 1,755-1,850 MHz” and “any reallocation decisions must address upfront how relocation will be addressed for users across the entire band.”

Since that band is of highest priority to industry, “auction revenue could be optimized for the full 95 MHz if relocation issues, such as replacement spectrum and timing for relocation of incumbents, were dealt with as early as possible to provide adequate planning and preparation time for both prospective bidders and current incumbents,” according to Warren.

“Bifurcating the process by needlessly delaying challenging decisions associated with clearing the entire band would sacrifice a reasoned, longer-term decision cycle for the near-term expediency of holding the ‘first’ auction in this band,” she said.

In addition, the principle that “clearing spectrum should be the goal,” should include the caveat “when feasible,” according to Warren. For “auctioning cleared spectrum is the clearest path forward for optimizing auction revenue, and should be pursued whenever possible,” she wrote.

However, she said, it is difficult to support the recommendation for specific bands “without a full understanding of the costs and benefits of full clearance, particularly when key considerations such as replacement spectrum are not yet known. The latter is an especially important factor in light of the lack of ‘open’ bands to which incumbents may easily be moved, which is itself a factor that could add time and cost to a cost-benefit analysis of how and when a band may be auctioned.”
~ J.J. Smith, Government Video

See also...
October 18, 2011:“1,500 MHz of Federal Spectrum To Be Evaluated for Broadband”
The Commerce Department has identified 1,500 MHz of federal spectrum to further evaluate for wireless broadband, while Congress considers legislation to reassign 120 MHz of broadcast TV spectrum for the same purpose.