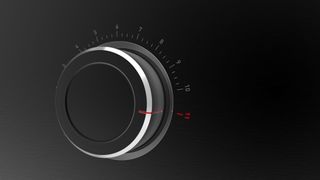 WASHINGTON—Back in July, Rep. Anna G. Eshoo (D-Calif.) challenged the FCC to provide a 10-year check-up on how the commission has been enforcing the CALM Act that Eshoo introduced in 2009 regarding the loudness of TV commercials.

In a letter to FCC Chairman Ajit Pai, Eshoo says that she is not aware of any instances of the FCC bringing enforcement actions under the law. She does not believe this is because the problem has been resolved, citing “thousands of consumer complaints about loud television commercials” that the FCC has received. Eshoo also raises the question of whether the CALM Act needs to expand because of the rise in consumer video services.

As a result, Eshoo asked the FCC to provide information regarding how many complaints have been made each year since 2008 and details on the action the FCC has taken since the CALM Act was passed.

Pai’s response to Eshoo’s request provided such details and how the FCC deems whether a station is in compliance with the CALM Act.

“[T]he number of overall complaints has trended downward dramatically since 2013, which may be due to the efficacy of the CALM Act and the technical standards promulgated by our rules,” Pai said.

He also notes that since 2013, during which the FCC sent to letter of inquiries to companies over potential violations, the commission “has not uncovered any pattern or trend of complaints supporting further inquiry.”

As for providing data on whether or not the CALM Act should be expanded, Pai said that the FCC does not have authorization to tabulate radio and streaming data related to loudness.