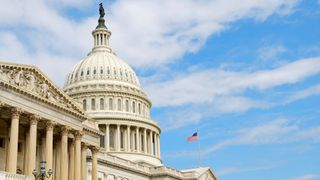 A conversation about the future of media regulation, prompted by the emergence of the Internet as a powerful distribution channel of video programming, is taking shape in Washington, D.C., that for television broadcasters may one day soon not simply impact the rules they live by online, but also those that daily touch their on-air operations.

The crux of the matter is whether the Internet content distributors like Netflix and Apple TV should be regulated to the same degree as tradition electronic media, including TV broadcasters, cablecasters, DBS providers and Telco TV operators, to create an even playing, or traditional electronic media should be freed from a regulatory legacy that puts them at a disadvantage with over-the-top content providers.

Last week, the Advisory Committee to the Congressional Internet Caucus, a non-governmental organization (NGO) that advises Congressional staff on issues related to the Internet, held a panel in the Rayburn House Office Building for staffers during which the both sides aired their positions.

The panel, "Internet TV: What Must Congress Do About It? Television Regulations Coming To Your Laptop Soon?," was prompted by idea that the Internet has a history of disrupting traditional business models and that as its importance as a distribution channel for video programming continues to grow, pressure will mount for Congress write laws to regulate it.

Already, lawmakers have shown a willingness to map onto the Internet existing rules that affect broadcasters, said moderator Tim Lordan of the Congressional Internet Caucus Advisory Committee. He pointed to new FCC rules that go into effect at the end of the month requiring closed captioning on broadcast programming distributed over the top as one example.

“The nature of this problem is that we have a classic asymmetrical problem, or unlevel playing field problem, developing in this country because we have very heavily regulated markets converging with very unregulated markets –and very disruptive ones at that,” said Adam Thierer, a panelist from George Mason University’s Mercatus Center.

Nearly every time there was an innovation or opportunity over the past 70 years in mass media, they were views as a threat or danger that needed to be controlled or regulated, he explained. At times this was because a value, such as localism or diversity, was at stake, and on other occasions is was a special interest requested regulation, he added.

“Broadcasters may have said, ‘Oh, these new cable guys are a threat so (we need) regulation.’ Cable guys said, ‘No you regulated too much.’ So there was a balance on the regulatory scales. So what Washington has been doing for a long time is trying to put its thumb on both sides of the scales through television marketplace regulation,” he said.

Today, the country faces the possibility that the Internet will be encumbered with the legacy regulations. “And I am sad to report that it probably will be unless we clean up the mess from the past. That will require very comprehensive reform, not just media law, but a little bit of copyright law,” said Thierer. “I would suggest to you that the best way to regulatory achieve symmetry is to liberalize these markets and get rid of these rules once and for all.”

Andrew Jay Schwartzman, who ran Media Access Project for 30 years and is now a part-time advisor to Free Press, acknowledged on the panel that if it were possible to start with a clean slate, things would be done differently. However, that’s not reality.

“We have to deal with the situation as it stands. Where it stands is that in 1992 cable was on the verge of becoming a monopoly and the 1992 Cable Act was an attempt to create competition by letting the telephone companies into cable competition and by creating the satellite services, which would not have happened if not for the 1992 Cable Act,” he explained.

The cable industry has fought back and been successful offering top-notch Internet service and traditional TV service, said Schwartzman. Today, cable once more is on the verge of becoming a monopoly in the wired space,” he said.

“FiOS is topping out. They are not building anymore. AT&T is not going to build out their competing service. Because they can’t offer Internet, the satellite services are also topped out and are starting to lose customers, and cable is picking up customers with its superior Internet service bundled with their cable service,” said Schwartzman.

Schwartzman added that TV Everywhere is cable’s attempt to leverage control over the video market to advance its business model of offering bundled channels –this time on the Internet. “TV Everywhere says, ‘Fine, get a video subscription, and you can get video online.’ And through various contractual arrangements they are trying to tie in some of these cable channels so they can’t really offer their services al a carte online so you can just get the channels you want….”

Given these complexities it is not practical to wipe away all regulation, he said, adding “…the fact is that you have to deal with this package of rights and stakeholder interests and try to find what is best for the public.”

“Because wiping away everything is going to ratify the increasingly powerful interests… and allow them to move toward a monopoly and that is not good for anybody except monopolists,” said Schwartzman.

(Editor’s note: A podcast of the panel discussion is available from the Advisory Committee to the Congressional Internet Caucus.)