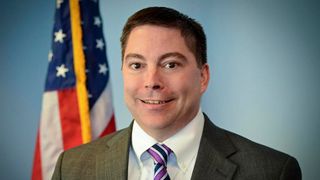 WASHINGTON—FCC Commissioner Michael O’Rielly is making a final push to further “modernize” many broadcast media regulations before his time at the FCC comes to an end.

O’Rielly’s renomination to the commission was withdrawn by President Donald Trump, reportedly after O’Rielly disagreed with the president’s attempt to regulate social media. This will conclude O’Rielly’s time at the FCC. Though his final day has yet to be announced, Trump has nominated his potential replacement.

In a blog post on the FCC website, O’Rielly lays out that while the commission has updated a number of what he believed to be outdated media regulations for broadcasters that “alleviate real burdens,” he finds that there is still work to be done and lays out a path to do so.

The first such effort would be to end the freeze on license modifications. O’Rielly says the freeze put in place a decade ago for technical updates or station modifications to help facilitate the Broadcast Incentive Auction and repack was the right move. But for stations that were not involved in the repack it has prevented them from investing in and upgrading their physical infrastructure. With the repack concluded, O’Rielly believes that lifting the freeze will allow stations to start the process of making critical updates that will help stations better serve their communities.

O’Rielly also says that the criteria for a failing broadcast station needs to be updated. Common ownership of broadcast stations cannot occur within the same market without a waiver, with one way to obtain such a waiver is to prove a station is “failing.” However, O’Rielly believes that the requirements for proving a stations is failing are outdated, specifically when it comes to judging a station on its ratings and revenue. He provides this year as an example, as COVID has often increased TV ratings for stations, but the stations are still losing money because of the loss of ad revenue.

Instead, O’Rielly says the commission should establish new criteria for granting waivers that will allow for mergers that could improve local and/or live programming.

Additional areas that O’Rielly say can be reworked are allowing waivers of LPTV processing rules for in-market station moves, updating the rules to VHF stations seeking to upgrade to UHF channels and the easing of the process for TV stations to change their community of license in certain cases.

“Harmonizing our broadcast regulations with market realities is a commission obligation,” said O’Rielly. “While holistic change is unlikely in the near-term, the changes I’m proposing today could be pursued within the bounds of our current rules while significantly improving the overall regulatory regime.”