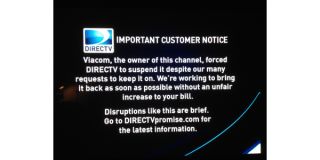 WASHINGTON: Fur will fly today on Capitol Hill as broadcasters, cable operators and interested others make their case for or against retransmission consent law. Retrans negotiations have become increasingly contentious such that channel blackouts play out in high-profile public relations wars. The most recent standoffs were between cable network titan Viacom and satellite TV provider DirecTV; and Time Warner Cable and Hearst TV stations.

The Senate Commerce Committee today will hear witnesses testify on “The Cable Act at 20,” the law enacted two decades ago that establishes the rules governing network carriage by pay TV operators.

“I want to take a close look at how we make sure that consumers do not continue to get caught in the crossfire in programming disputes, facing dark screens and losing access to news, sports, and other entertainment programming,” said John D. Rockefeller (D-W.V.), chairman of the committee.

The 1992 Cable Act established the rules that assure cable and satellite operators have access to programming on a “nondiscriminatory” basis. Broadcasters can either elect must-carry and receive no fees for their signals, or negotiate payments via retransmission consent.

Smaller stations typically opt for must-carry, as Dr. Frank Wright, president and CEO of the National Religious Broadcasters pointed out today in a message to lawmakers.

“I encourage senators to recognize the important place of these ministries for TV consumers and to uphold sound and unobtrusive must-carry law,” Wright said. “Must-carry law enables many local television broadcast stations, including religious stations, to be viewed on pay TV platforms”

In passing the law in 1992, Wright said “Congress then found that cable systems have an ‘economic incentive’ to ‘delete, reposition, or not carry local broadcast signals’ and that, without must-carry rules, the “viability’ of broadcasters ‘will be seriously jeopardized.’”

He noted that the U.S. Supreme Court upheld the Cable Act in 1997. He said that repealing must-carry would be “fatal to many Christian TV stations.”

Wright is not on today’s witness list, which includes Melinda Witmer of Time Warner Cable, Colleen Abdoulah of WOW! Internet, Cable and Phone; Marty Franks of CBS, Gordon Smith of the National Association of Broadcasters, Dr. Mark Cooper of the Consumer Federation of America, and Preston Padden, a former broadcaster who is now adjunct professor at the University of Colorado School of Law.

Today’s hearing is a follow-up to one held by the committee in April on broadband video distribution, at which Aereo backer Barry Diller testified. Aereo is the New York startup retransmitting broadcast signals to mobile devices without having first obtained retransmission consent. Broadcasters have sued; a federal court has denied their request for a preliminary injunction.

It also follows on one held by the House Energy and Commerce Subcommittee on Communications and Technology on June 27, in which members heard testimony regarding retrains law as well as the legality of the Hopper, a new Dish Network set-top box that can be set to skip commercials on broadcast networks during prime time. Lawmakers in the House said it was unlikely that a reform of the 1992 Cable Act would make it through the current Congress.
~ Deborah D. McAdams