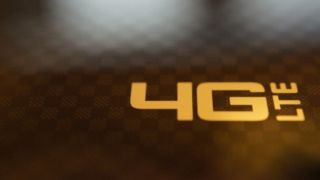 Global leadership by the United States in fourth generation (4G) cellular wireless technology (also marketed by Verizon and other Telcos as “Long Term Evolution” or LTE) is at risk as other countries make significant investments in mobile broadband innovation. That’s according to a new report from Deloitte LLP, whose theories echo similar sentiment that more spectrum is needed to keep the U.S.-based wireless ecosystem (carriers, software developers and device makers) competitive with other countries.

The costs of freeing up spectrum to handle the predicted growth of commercial mobile broadband services should be weighed against the economic benefits that result, including increased tax revenues, the report said. An analysis indicates mobile broadband network investments over the period 2012-2016 could expand U.S. GDP between $73 billion and $151 billion, and account for between 371,000 and 771,000 jobs.

The benefits, the report states, are becoming more widespread as 4G technologies are applied to business enterprises in addition to consumer applications.

The Deloitte report states that a top priority should be meeting a 2020 goal of freeing up 500MHz of spectrum for mobile broadband via television broadcast spectrum auctions.

“The broadcast industry is a major occupier of spectrum, so one of the things we’re advocating is a move towards much more aggressive utilization of market forces in the allocation of spectrum,” said Phil Wilson, a director with Deloitte Consulting, LLP. “When this spectrum was given to broadcasters years ago, it was acquired in an environment where analog broadcast TV was the way things were done.

“The problem today is that broadcasters don’t have a huge incentive to exit or relinquish that spectrum,” Wilson said. “Even if you look at the monetary incentives as part of the proposed auctions, some of those cash incentives might look good to a small market station, but not so much to a larger network.”

Wilson said Deloitte is not advocating total intervention by government (e.g., secondary transactions should be permitted), but it is suggesting that government should have an oversight rule to make sure that spectrum is not being used inefficiently by obsolete technologies. The report suggests that broadcast licenses should have a clearly defined term, which should be periodically reviewed. It calls these “principles-based license renewal reviews” as a means to ensure that license holdings and spectrum policies are aligned with changing technological and economic realities.

“We’re not saying there should be a hard re-auction at the end of the term, but we do want to give government the ability to go in and say, ‘clearly it doesn't look like this is a good use of spectrum from the American point of view, and therefore we are going to re-auction it.’ This does not prevent the incumbent from rebidding for that spectrum," Wilson said, "but it creates a situation where you don't have old legacy technology occupying large swathes of spectrum for a long period of time.”

The report states that the FCC currently has the power “to amend, revoke or decline to renew a license under some circumstances. There is disagreement among legal experts as to the exact nature and extent of a licensee’s rights and remedies, which is one of the reasons the FCC has elected to try to induce broadcasters to yield spectrum rights voluntarily.”

It goes on, “The Communications Act of 1934 states that licenses permit the use of radio channels but do not convey ownership, and Congress has never changed that language. Congress and the FCC have intermittently made major changes affecting licensees’ interests, such as the introduction of competition into local telephone service markets and the changeover in TV broadcast technology from analog to digital.”

New types of compression will help carriers use spectrum more efficiently, but Wilson said it’s not enough, given the predicted surge in mobile data usage.

“Clearly the amount of uncertainty at least over the next five to 10 years, with regards to current 4G technologies and what we can expect from fifth-generation technologies, is reasonably well understood in terms of bits per hertz per sector type performance,” Wilson said. “I think in terms of compression, there’s a lot of technologies out there, but there aren't necessarily the incentives in the market to push people to use them as efficiently as they could. And even if you do assume a level of compression gain, you still come to the conclusion very quickly that given the rate of consumption and wireless traffic growth, it’s very difficult to address it without more spectrum.”

To Wilson’s point, one of the benefits of the newly proposed merger of T-Mobile and MetroPCS in the U.S. is that it gives the combined company access to 20MHz of spectrum to speed the country’s migration to widespread 4G deployment. It’s widely believed that neither company could do it cost-effectively on its own using the latest compression. (They both were separately moving towards 10MHz of spectrum for 4G services.)

The report introduces the “Mobile Communications National Achievement Index,” which uses 15 indicators to track the vitality and competitiveness of national wireless sectors in 20 countries from 2004 to 2011. It indicates that the gap is shrinking as U.S. annual scores decline while countries in Asia and Europe gain ground.

The report also notes that U.S. innovation in mobile broadband is far from assured, as other countries such as China, India, Japan, Singapore and South Korea are aggressively upgrading their wireless broadband infrastructure. These countries have made steady gains over the last decade with government support and investment through tax incentives, research and development (R&D) funding and end-user subsidies.

“What the paper argues is that market mechanisms should be relied on more and that spectrum policy should be literally a policy around spectrum,” Wilson said. “The other thing that we’ve seen is that other pieces of regulation or desire get injected into spectrum policy, whether that’s managing competition or open access, all of which cloud the issue.”

Other industries that occupy large amounts of wireless, such as the military and the scientific community, should also be looked at, Wilson suggests, and they might be willing to give up spectrum if they were to see the financial benefits of doing so. However, the broadcast spectrum is most desirable. TV stations hold large blocks of low frequency airwaves that are coveted by wireless carriers because reliable signal propagation is easier to ensure.

“Today very few people actually watch TV over the air anymore,” Wilson said. “So, we think that spectrum is not being used to its maximum benefit to the country at large. While the U.S. currently leads the world in mobile broadband, the aim should be to remain number one — not become one of the top 10. Unfortunately, policy gray areas make spectrum reorganization a threat to this lead.”