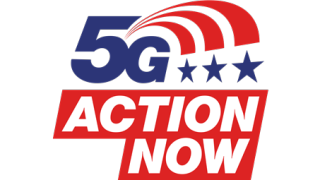 WASHINGTON—Members of the national security community are expressing their opinions when it comes to C-band spectrum, as 27 national security experts—ranging from military to tech areas—have come out in support of FCC Chairman Ajit Pai’s plan for a C-band auction to make spectrum available for 5G development.

In a letter to Chairman Pai, shared by 5G Action Now, the group emphasizes the global importance of staking a lead in 5G and how currently the U.S. is trailing China in that regard. It singles out the Chinese company Huawei, which has been labeled by the U.S. government as a potential national security threat as it attempts to build out its 5G infrastructure.

The letter also argued that the U.S. is behind in freeing up mid-band spectrum that can help with 5G development. Pai revealed his plan for the C-band auction that would free 300 MHz of mid-band spectrum for the development of 5G with an auction starting in December, and even proposed accelerated payment incentives that could total up to $9.7 billion for current C-band satellite operators to relocate by a specific deadline.

“If executed, this plan would mean the C-band auction would occur before the end of this year, as opposed to the spectrum not being available for at least 10 years due to litigation,” the letter reads. “There is too much at risk to waste any more time.”

The full letter is available online.

(Editor's note: We previously said Pai's proposal would free 200 MHz of mid-band spectrum for 5G development when it would actually free up 300 MHz (280 MHz for auction,  20 MHz as a guard band) leaving 200 MHz for satellite operators).