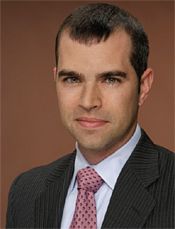 LAS VEGAS
Once again TV executives plan to head into the NAB Show this spring with one eye focused on emerging technology such as Mobile DTV and 3DTV—and the other on their cash-strapped pocketbooks.

"The NAB Show is a great place for us to meet with all our key vendors, our strategic technology partners and industry colleagues at one time and place," said John McCoskey, PBS's first-ever chief technology officer. Pubcasters make the most of their week in Las Vegas by holding their annual PBS Technology Conference just prior to NAB (April 7-9 at the MGM Grand). "We tend to have a very full schedule of meetings, but we do leave room for walking the convention halls to find those few new companies with interesting and unique products and services that always seem to surface there," McCoskey said.

Like many of his commercial colleagues, the PBS exec is "very interested" in the potential for mobile DTV. PBS is part of the ATSC field trial launching this spring in the Washington, D.C. market. (Mobile DTV, now armed with its own ATSC standard, will be front-and-center at NAB in a special pavilion located in the heart of the LVCC's main lobby.)

Automation, McCoskey said, is always an ongoing priority for the Arlington, Va.-based network. "We're constantly trying to add services for stations without adding to our cost structure, so anything that automates parts of our processes, and helps us focus on those elements where people still need to play a major role, is important. For us, digital asset management is another area of interest [as well as] ultra-HD, interactive television from an R&D perspective, and 3D."

Despite 3D's rapid explosion at the movie theater level since last year's NAB Show—notably thanks to James Cameron's "Avatar"—the emerging technology gets mixed responses among some tech execs.

For TV service providers who don't have to concern themselves with terrestrial transmission (namely cable, fiber and DBS), 3DTV seems to be the next-big-thing. That attitude certainly applies to ABC/Disney-owned ESPN. Execs of the Connecticut-based sports franchise will come to NAB on the verge of launching their own 3D channel later this spring.

Ian Trombley, executive vice president of NBCU’s media distribution services "We'll really be looking at how [3D] vendors have progressed and what tools are currently available, or are in the pipeline," said Anthony Bailey, ESPN's vice president for emerging technology. "It's really those 'tools in the pipeline' we're most interested in, since we want to be [part of] the 3D rollout early to help the vendors understand, and to take into account, what our own needs are. A lot of the business around NAB happens after the show," Bailey said. "What we find at NAB is always that 'diamond in the rough company' that we don't normally deal with—the little guy—where you'll find something interesting and that will get the conversations going."

For others heading to NAB, 3DTV in the living room is still years away, if ever. "You've got to be kidding me. Come on. 3D is neat for watching 'Avatar' in a theater [but] I just don't see our local news anchors in 3D. No way," said Ardell Hill, Media General's president of broadcast services, based in Richmond, Va. The economy once again has prompted groups like Media General to approach any ambitious new ventures somewhat somberly for now. "At this point we're still cautiously optimistic about a better year than last year [financially], but we don't have any major capital implementations that are new," Hill said.

Media General, however, will continue to help drive deployment of ATSC Mobile DTV. "We hope to launch [Mobile DTV] in some of our markets this year," Hill said.

Anthony Bailey, vice president for emerging technology, ESPN Tom Cupp, vice president of engineering at Bonten Media Group, also plans to check out the latest Mobile DTV equipment at NAB. But as for 3DTV, "I'll certainly look, but it's too early for us to consider getting into that just yet," he said. "I think there'll be a lot of groups and stations playing catch-up [financially] this year. I plan to look at solutions at NAB that will help us get back on track. Our top priority will be HD solutions, as Bonten Media starts to upgrade our facilities from standard definition. Specifically, we'll be looking at HD switchers, cameras, and related items."

Sinclair Broadcast Group, too, comes to NAB without a long shopping list. Based in Cockeysville, Md., SBG faced serious financial problems in 2009, but concluded in its most recent financial statement, "We believe the worst of the advertising recession is now behind us."

Del Parks, SBG's vice president of engineering & operations, said Sinclair is still very careful about spending money, even though the economy may be showing some signs of strengthening. "In general we're looking at various systems—both software and equipment—that will help us improve workflows at our stations," he said. "So, yes, we're looking to improve what we already have. We're also looking at technologies that will improve all our efficiencies and allow us to generate more content."

Craig Harper, vice president, technology, Belo Craig Harper vice president, technology at Belo Corp. in Dallas also will be researching efficiencies—"anything and everything we can do to enhance the processes of what we do, and do it more efficiently or centrally, and in the most cost-effective way," he said. "We'll be [looking at] cost-effective field systems—how to shoot, edit in HD and publish to air, to Web and to mobile."

SBG, for its part, has devoted a lot of effort toward the implementation of Mobile DTV and the group continues a longstanding relationship with Acrodyne, now a mobile systems integrator after shuttering its transmitter business in 2009. Thus, Parks plans to soak in as many NAB mobile TV activities as time will allow.

Yet when it comes to 3DTV, Parks said first things first: "Listen, 3D is exciting technology. I saw it three years ago at Mark Schubin's technology confer-ence. But many groups have not yet converted their stations to [local] HD, so to even consider 3D and what that all means is way too early…I think we're in the nascent stages of 3D and for now, and the industry is probably approaching it exactly right."

NBC Universal comes to NAB open-minded about new ideas for better disseminating content for its various networks. Ian Trombley, executive vice president of NBCU's media distribution services, said his broadcast and cable networks' "exponential growth in the volume of content that we handle…demands new innovations in workflow efficiency and productivity."

NBCU will consider possible solutions on how to deploy systems where the network can best control costs. Trombley said another key aspect of meeting NBCU's growth requirements will be expanding its asset management and digital workflow environments. "Here we have a special focus on establish-ing efficient high-quality [business-to-business] content exchanges across our supply-chain ecosystem," Trombley said—an ecosystem which includes NBCU's overall content, advertising and distribution partners.