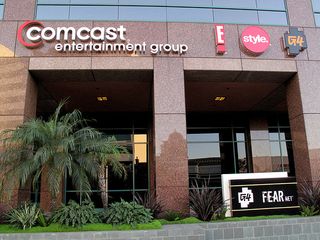 WASHINGTON: If today’s House subcommittee hearing is any indication, Comcast and NBCU executives will have plenty of ’splaining to do before legislators OK a proposed merger. Members of the House Commerce Subcommittee on Communications, Technology and the Internet wanted assurances that Comcast competitors would get a fair shake at the manifold video channels the cable operator would control with 51 percent ownership of NBC.

“We will continue to abide by FCC program-access rules,” Comcast chief Brian Roberts told Rep. Steve Buyer (R-Ind.) “That is not the motivation for this deal, to suddenly take CNBC off of DirecTV...” or NBC’s other largest distributors.”

Those rules aren’t always sufficient, one witness told subcommittee members. Colleen Abdoulah is president and CEO of WOW!, a broadband provider in the Midwest that competes with Comcast for around one out of five subscribers. WOW! also buys content from both Comcast and NBCU.

“As a buyer of content, both cable and online, we face a different set of challenges. The prospect of having Comcast and NBCU has the largest vertical integrator of content does concern me,” she said. “We’re not here to whine, or ask for special privileges because we’re the smaller guy. Terms and conditions for access to content should be the same terms and conditions available to Comcast.”

“We decided to go to arbitration,” she said. “We found out it would cost $1 million...and take 18 months.” There was no requirement for continued provisioning of the network during arbitration, and the burden of proof is on the party seeking program access.

“You lose programming during arbitration,” Abdoulah said. “I would have to prove pricing wasn’t right, and I don’t have access to market data.”

Another access issue came up in the form of a conflict between Hulu and Boxee, which makes hardware to stream Web content to TVs. Hulu is the online distribution site for content from NBC, Fox and Disney among others. NBCU owns a 27 percent piece of Hulu. It blocked Boxee last year from streaming its content. When asked about the instance by Rep. Rick Boucher (D-Va.), NBCU chief Jeff Zucker said Boxee hadn’t done a content deal with Hulu.

At least one lawmaker seemed to question the legality of the FCC’s modification to program-access rules. Republicans Cliff Stearns of Florida, Fred Upton of Michigan and Joe Barton of Texas stated out-and-out support for the merger.

“It’s good to see Comcast and NBC sitting side by side,” Barton said. “That doesn’t break my heart. We’ve heard the usual predictions--this is the end of the media world as we know it. I’m skeptical about that.”

Mary Bono Mack(R-Calif.) wanted to know how independent programmers would be affected, but warned that the merger was no place to wage a network neutrality fight. Upton concurred, but Democrat Ed Markey of Massachusetts pursued the issue nonetheless. Restricting access to online content would be wildly tempting for one company that owned the wires into the homes as well as the content on those wires, he said.

Markey conjured up the example of a kid starting the next online phenomena with “The Avatar Network,” and how, without network neutrality conditions, it might never get off the ground. Roberts responded that “The Avatar Network” is just the type of content Comcast would want developed.

The fate of NBC’s 200 or so network affiliates was on the mind of Doris Matsui, Democrat from Sacramento, Calif., where KCRA-TV is the NBC station.

“I want to ensure that KCRA is not put at a competitive disadvantage,” she said.

Michael Fiorile, chief of The Dispatch Co., and head of NBC affiliate board said the merger could compromise affiliates.

“We currently negotiate with NBC for affiliation; and separately with the cable carrier for carriage,” he said. “The potential exists for the network to withhold the affiliation if retransmission consent negotiations came to a standstill. We want a structural separation of negotiations.”

Zucker responded that he didn’t foresee a need for a structural separation. The House hearing ended with some members requesting written responses to questions because witnesses were scheduled to appear at a similar hearing with the Senate Judiciary Committee.

Comcast proposed in early December to take a majority stake in NBC Universal from General Electric for roughly $8 billion. The deal has to pass through the Justice Department or the Federal Trade Commission, and the FCC, through which lawmakers will attempt to impose conditions. -- Deborah D. McAdams
(Image by Scott Beale/Laughing Squid