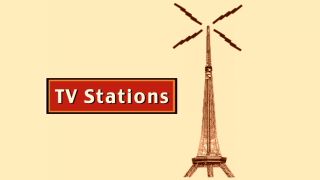 MONTEREY, CALIF.: TV and radio stations are trading hands again after a very quiet two-year period, according to SNL Kagan. TV station deals alone totaled $185 million through April 30, 2011. The figure compares to $19 million for the same four-month period last year. TV and radio deals combined through April totaled $3.1 billion versus $363 million for during the same period last year, and $2.73 billion for all of 2010.

First-quarter 2011 transactions include a $2.4 billion bid made by Cumulus for Citidel’s radio stations, and Hubbard’s $505 million bid for 18 Bonneville radio stations.

Kagan noted that TV trades reached $1.16 billion in 2009, which may seem high but for $880 million of it having come from debt-for-equity swaps and restructures. For 2010, TV deal volume reached just $125 million from the sale of 23 stations. Cash-flow multiples fell to the single digits for the first time in 16 years.

Kagan said NBC, Nexstar, Liberty Media and Daystar Television Network have been involved in the TV station deal market so far this year.

“Should more financing come into the sector, there are plenty of TV station properties waiting to come to market at what can be historically attractive pricing that would give an even stronger boost to the deal market,” Kagan’s analysts said. “However, the TV station M&A discussion can be complicated by the upcoming potential spectrum auction in which some TV station spectrum may be sold in order to allocate 120 MHz of TV station spectrum to wireless carriers. While there are some buyers of stations which may be eyeing a potential flip, to wireless companies, questions remain about whether there is a valuation impact on those that remain that could be forced to move.”