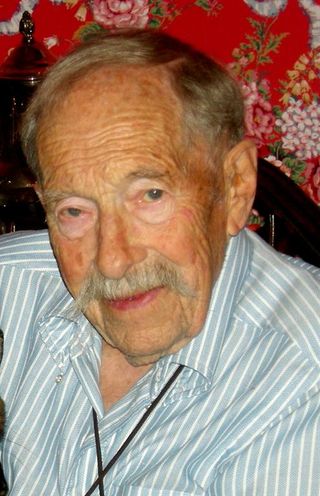 John Henry Battison, a broadcasting engineer whose achievements and service spanned more than seven decades, died on Aug. 28, 2012 in his Loudonville, Ohio home. He was 96.

Battison was born in Wembley, England on Sept. 11, 1915 and grew up in London. It was there at an early age that he began his lifelong interest in broadcasting and electronics. As youngster, Battison constructed a mechanical television receiver in order to view John Logie Baird’s 30-line images being transmitted then by the BBC. Battison’s recalled that his fascination with receiving these early television transmissions frequently resulted in a form of truancy.

"I was quite often too ‘ill’ to attend school on those days when the television broadcasts took place," Battison admitted.

After completing his early education, Battison joined the research staff of Ekco, a pioneer U.K. radio and television manufacturing firm and remained with the company until England became caught up in World War II. Battison’s interests also included aviation and for six-and-a-half years he helped defend his homeland as an RAF fighter and bomber pilot.

Following the war, Battison decided to seek a career in American broadcasting, immigrating to this country in 1945. He was initially employed at KMBC in Kansas City and later moved to CBS Television, where he worked with Dr. Peter Goldmark in that network’s color television development program. In 1955, Battison elected to launch his own television station and moved to New Mexico to establish KAVE-TV in Carlsbad. Battison constructed the station and operated it in concert with KAVE radio. In addition to engineering duties, he frequently appeared on camera and behind the microphone at both operations.

Later, Battison was employed by the American Broadcasting Company to help plan and design a number of that network’s owned-and-operated radio and television stations. He interrupted his U.S. career in 1968 to travel to Saudi Arabia where he served as the chief engineer of Saudi Television. He later returned to the United States where he became director of engineering at Ohio State University’s broadcast center.

Part of Battison’s career was spent as an engineering consultant, with a client list that included the American University, the governments of both Lebanon and Uganda, and the Governor of New Mexico. Battison was also director of education for the National Radio Institute in Washington, D.C. and lectured at the Peking Institute of Broadcasting in China as an official guest of the government.

Battison may best be remembered for initiating a movement that lead to the creation of the Society of Broadcast Engineers. He was not pleased with a decision made in the early 1960s to merge the Institute of Radio Engineers with the American Institute of Electrical Engineers, and wrote an editorial encouraging the creation of a new organization to represent the interests of broadcast engineers. In 1963, after no one volunteered to move this idea forward, Battison made time to take the lead in this effort, despite many other activities and commitments. With the help of his family, he sent membership invitation letters to nearly 5,000 radio and television chief engineers. His actions led to the founding of the Society of Broadcast Engineers, with Battison becoming its first member. The organization has now grown to more than 5,500 members worldwide.

Battison authored 15 technical books and wrote more than 500 technical articles for publication. He also served as technical editor for Radio magazine and was a frequent contributor to Broadcast Engineering magazine.

In 1998, Battison was named Engineer of the Year by the National Association of Broadcasters and in 2006 he received the Society of Broadcast Engineer’s Lifetime Achievement Award.

Battison remained active in broadcast engineering activities until the time of his death. He was also an ordained Anglican priest and traveled 160 miles each weekend from his home in Loudonville, Ohio to conduct services at Christ Church in Columbus, Ohio.

Plans for funeral and memorial services are still pending.