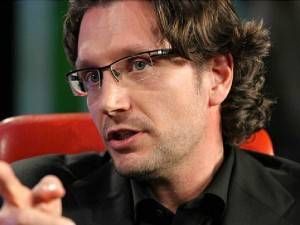 Media speculation began in January at the time of the CES show. Intel was going to launch an IP-based television network, but the company was quiet about it at the time.

Last week, Erik Huggers, vice president and general manager of Intel Media, broke his silence about Intel’s TV plans at the All Things Digital’s Dive into Media conference in Dana Point, CA. He confirmed plans for the new network, which will launch later this year. The company is entering a crowded market, with players that already include Apple, Roku, Netflix, Hulu and many regional providers. However, no single company has yet dominated the market.

The new Intel network would offer both live and on-demand content, Huggers confirmed. It will also offer smaller bundles of channels than those that are currently offered by cable operators.

"GigaOm" reported that Huggers said the service will include a consumer electronics device, which Intel will sell through retailers as well as through its own website.

“It is an Intel-powered device … with beautiful industrial design,” Huggers said.

The device, he said, would be paired with a TV service run by Intel that is going to launch under a new brand — that has yet to be revealed. He did not offer details about the actual content that is going to be available through the service.

“We are working with the entire industry,” Huggers said, adding that he’s confident to sign all major players before launch.

Intel, "GigaOm" reported, wants to make television content available both via live television streamed over the top — something Huggers compared to a traditional cable subscription — as well as on-demand and through catch-up TV.

Huggers likened the catch-up component to the BBC’s iPlayer, which he helped to launch at the broadcaster, and which makes pretty much all BBC programming available online after it airs on TV.

“This is not a cherry-pick … this is literally everything,” he said.

The fledgling network has already made key hires from companies like Jawbone and Apple.

“We have gone out of our way to bring a completely new skill set into this group,” Huggers said.

One of the potentially more controversial features of the Intel device will be a camera that is meant to identify consumers and target them with personalized ads as well as content.

“I do believe that there is value in bundles, actually,” Huggers said.

He suggested that there was an opportunity to make bundles smarter, possibly giving consumers more flexibility.

“I don’t believe that the industry is ready for pure à la carte,” he added.

As a manufacturer of semiconductors, Intel has supplied a number of providers with the technology to drive their own set-top boxes.