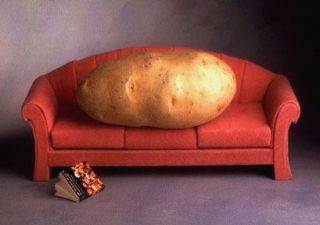 INDIAN WELLS, CALIF. – It’s one proposition to look at numbers when evaluating viewer metrics. It’s another one entirely to view the viewers themselves. That’s what 1-3-9 Labs in East Sussex, England, does. The lab captures viewing on “all screens,” according to principle Sarah Pearson. Behaviors are then coded into numerical sequences overlaid with “ethnographic insights.” Pearson was on hand at this week’s Hollywood Post Alliance Technology Retreat with a few clips from 1-3-9’s video observation of the video audience. It wasn’t always pretty.

One clip after another showed viewers slouching on couches with eyes glued to the TV, or to a laptop, tablet or handheld screen while the TV was on a few feet away. There was heavy usage of handhelds and laptops especially during commercials. 1-3-9’s data collection dug into how far away each viewer was from their device, the response to the content, and who was controlling the remote.

Pearson highlighted viewer data collected during three particular periods—the 2012 London Olympics and post-Olympics viewing in the fall—both from around the East Sussex area. A U.S. study was done in Connecticut during the 2013 Super Bowl. 1-3-9 was particularly looking at how people use complementary apps. The sample households were “hot-housed” with a second-screen app, she said. The idea was to gather data on a broad-based audience, high-end content, and emotional engagement.

In one particular clip from the Olympics, instead of taking to social media, one viewer jumps up and runs to the kitchen to tell his father, “We got a Silver!” In another, a roomful of people, both slouching and standing, are glued to the TV during the Super Bowl.

“Super Bowl is ridiculously engaged by everyone,” Pearson said.

She provided some general observations from the data.

“The appetite for simultaneous screens around the TV will steady,” she said. “We think the industry needs to know it will plateau out…. It’s a rare thing… to have three devices on at the same time.”