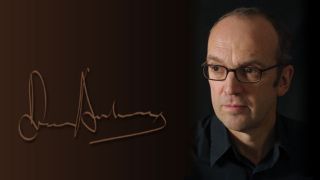 There is nothing as fickle as folk. Since I last wrote about high frame rate (HFR), “The Hobbit” has been released, and I have been reading some of reviews, specifically the reception to the HFR version. Many commentators have complained about the look, saying it is not cinematographic. It seems that there is a school of thought that believes film must be shot at 24fps — no doubt with weave, scratches and grain — otherwise, it is not cinematographic

To me, this is like saying you cannot paint in acrylics, only oil, and music must be recorded on wax cylinders, not as 192kHz, 24-bit digital data. If a 48fps movie is causing such a furor, how are these critics going to accept 120fps Super Hi-Vision? There seems to be an element of confusion between the art and the technology.

There is nothing inherently “right” about 24fps. It was a pragmatic decision taken at the beginning of talkies that had the fixed film speed needed for audio reproduction. Considering that the medium of film is reaching the end of life as a technology, why should we be still wedded to its mechanical constraints 90 years on? To me it is illogical. It’s bad science.

Some of this seems to stem from our mental adaption to artifacts. After 5 minutes or so watching a VHS recording, we began to ignore the noise, the soft chroma detail. Put the pictures side-by-side with the off-air original, and the shortcomings of VHS are obvious. Americans say that European TV flickers. They were brought up viewing 60 fields per second, and the flicker of 50 fields is more visible. Fifty is on the edge of the flicker fusion threshold, the lowest frequency at which the discrete fields merge into a continuous source of light.

Europeans have learned to ignore it through plasticity in the psychophysical mechanisms of visual perception. In contrast, Europeans are sensitive to the cadence of 3:2 pull-down in that it gives a “stutter” to smooth motion, again because it is unfamiliar.

Movie buffs are used to the motion artifacts of 24fps, the motion aliasing — especially apparent with vehicle wheels, stemming from the low sampling rate — and to motion blur from long exposures. There is also the stepping cadence resulting from the dual or triple flash used in projection to avoid the flicker of 24fps. But a school of thought has grown up that this is essential for “true” cinema. Movies are about storytelling, they are about performances and characters, and they could be the thrill of VFX. Are motion artifacts essential to all this?

What is the difference between shooting a movie for theatrical release and a drama for TV? Both can use the same cameras — F65s, EPICs — but one may be shot at 23.98p, the other at 50i or 59.94i. The sets, the acting, the lighting — everything else can be the same. The main difference lies in the budgets, the financing structures. In the end, the only difference could be the size of the catering trucks.

In 10 years time, or so, when theaters use 8K, 120fps, and home entertainment is 4K, 50fps or 60fps, will there still be those yearning for the good old days of low-frame-rate interlaced television? Will fans talk in glowing terms about the great look you got with interline twitter and jaggies on moving edges? Should TV really be monochrome? Is progressively scanned television a heresy?

In still photography, there is a group of enthusiasts that uses historical techniques, known as alternative processes, to reproduce the look of the early photographers. Perhaps they should welcome the 24fps aficionados to their fold.