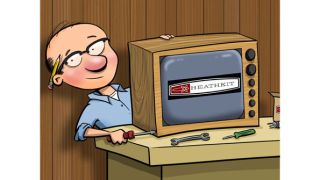 I was sad to learn in early May that the venerable company Heathkit had closed its doors. I'll bet there are tens of thousands of Broadcast Engineering readers who cut their technology teeth on Heathkit products.

Heathkit, and fellow electronics kit makers like Allied Knight Kit and Lafayette Radio, produced a range of products focused on allowing people to build their own equipment. The kits, at one time, ran the gamut of audio, video, test and measurement, amateur radio, television, and other household items. These companies were responsible for introducing two generations of audiophiles, ham radio operators and general all-around tinkerers to the world of build-your-own electronics.

The premise was that a person could build something themselves, save factory labor, and end up with a higher-performing product. An additional benefit for some was the valuable electronics knowledge learned in the process. For several decades, that manufacturing model held true.

One of the most sophisticated Heathkit products was a color television. In fact, in May 2001, Broadcast Engineering reader Doyle Hill wrote me saying his father had purchased a Heathkit GR-2000 25in color TV in 1976, but never assembled it. For years, the kit remained in its original boxes. He asked me to publicize that he would like to give the kit to someone who would be willing to assemble and use it. Reader Ray Carlton took on that challenge, and he assembled the 25-year old television kit by December.

“I wish I could afford a Plexiglas cabinet, so I could admire its innards full-time,” Carlton said.

Carlton's comment illustrates the pride kit builders typically felt about their completed projects. Sure, someone could buy a stereo amplifier, but it took time and skill to assemble a Heathkit AA141 amplifier with dual push-pull EL84 tubes in each output channel.

I too assembled a range of electronic kits. I trace my electronic roots to projects including Knight Kit ham radio receivers and transmitters. In addition, I built a wide range of Heathkit test equipment, including a VTVM, tube checker, digital frequency counters, DVM, audio and TV signal sources, and a vectorscope. I still own much of that equipment, and it all still worked at last check.

However, the era of LSIs, multi-layer circuit boards and, most importantly, cheap and efficient foreign labor brought an end to saving money through kit building. Soon, it was cheaper to buy electronics from Radio Shack, Best Buy or dozens of other box houses than to build it yourself.

Additionally, much of today's equipment is software-based. See last month's editorial on this year's NAB exhibition. Although some companies touted new products, those announcements were often little more than software upgrades. The line between a new and upgraded product continues to blur.

While the companies mentioned at the beginning of this column have disappeared, so too have many storied names from inside these pages. Do you remember these firms: Ampex, Bosch, ITC, Leitch, Pluto, RCA or Vital? What other names could you add to this list?

While many Broadcast Engineering readers will be sad to learn of Heathkit's demise, we can take solace in that new suppliers and vendors always will spring forth and flower, if even for a brief time, like summer dandelions.