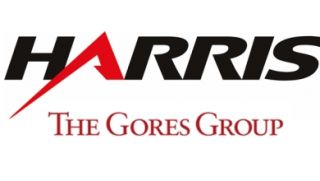 After more than 50 years as one of the industry’s most significant technology vendors, Harris Corp. is now officially out of the broadcast business.

Harris Corporation has completed the sale of its Broadcast Communications Division (Harris BCD) to The Gores Group, a Los Angeles-based private equity firm. However, for the time being, BCD will continue to be called Harris Broadcast. It is now headquartered in Englewood, Colorado.

“This is an exciting new chapter for Harris Broadcast, our employees and our customers,” Harris Morris, CEO of Harris Broadcast. “The Gores Group is an ideal fit to help us move the business forward and help drive innovation, streamline operations and improve customer service. They will also provide us additional resources such as a flexible capital base and introduce new talent to the company.”

The valuation of the deal was $225 million, comprised of “$160 million in cash, a $15 million subordinated promissory note and an earnout of up to $50 million based on future performance.”

According to an analysis by Joe Zaller, principal at of Devoncroft Partners, a Harris 8-K filing with the SEC, the terms of the earnout state that in each of the four calendar years from 2013 through 2016, Harris Corp. will receive a contingent payment (in cash) of twenty percent of the revenue of Harris BCD that is in excess of a specified target revenue amount.

Devoncroft Parners is a Coronado, CA-based market research and strategic consulting services company. Zaller runs the company and writes a blog about the industry (blog.devoncroft.com).

The target revenue amount required to trigger the contingency payment to Harris Corporation was not specified, so, said Devoncroft, it is difficult to judge how likely it is that the payment will be triggered. This contingent payment amount is subject to an annual cap of $25 million in each calendar year (2013 – 2016).

The price paid by Gores for BCD is lower than what Harris executives previously indicated they hoped to achieve. As a result, Harris Corp recently recorded a noncash impairment charge of $98 million relating to the sale of BCD. This is fourth time the company has written down the value of BCD during the sale process.

Now under new ownership, Harris Broadcast remains one of the largest vendors in the broadcast technology space. The completion of deal means the company can now put behind it the uncertainty that has surrounded it since Harris Corp announced its intention to divest the business.

As an independent company, Harris Broadcast can now focus entirely on its core business and execute its strategy for growth and profitability. The 2013 NAB Show in April will be the first major public appearance of the new company.