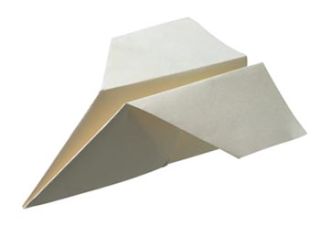 WASHINGTON: The FCC’s recent white paper on freeing more spectrum for wireless broadband begins with the premise that more is necessary. Even so, it factors out nearly 70 percent of undeveloped spectrum already licensed for wireless use.

“The National Broadband Plan noted that 547 MHz, in total, is currently licensed under flexible use rules, which allows for mobile broadband and voice services,” the white paper states. “Of this amount, the 170 MHz that comprise the cellular and PCS bands is the most heavily used. The majority of the remaining 377 megahertz has been made available within the past six years and is just now coming online... To model spectrum needs nationwide, we will use 170 MHz as our current baseline, since that amount best reflects frequency use across the country.”

“Mobile Broadband: The Benefits of Additional Spectrum,” asserts a broadband spectrum “deficit” of 300 MHz, with a value of $100 billion, by 2014. It does so primarily by emphasizing a rapid increase in mobile data usage. E.g., AT&T’s 50-fold increase in traffic since launching the iPhone three years ago. It also assume the continued availability of unlimited data plans, even though AT&T reeled in its unlimited iPhone data plan in June. Verizon considered a similar move, Wiredsaid.

While the paper is essentially a case for spectrum reallocation, it also considers the impact of expanding current network capacity. Adding cell towers and increasing the spectral efficiency of wireless technology would have the same impact as providing more spectrum for wireless broadband.

Cell sites number around 245,912 in the United States, with year-to-year growth varying since 1997. (Femtocells, small base stations that support multiple cell phones, are not considered.) The FCC’s projection for cell site construction is flat for the next five years, even as growth picked up in 2009.

“One might expect this [growth] to continue if no additional spectrum was to come available,” the paper states. However, projecting flat growth of cell sites “demonstrates that adding new spectrum will yield substantial economic value.”

To wit, the savings of bringing 275 MHz of spectrum online by 2014 versus building a capacity-comparable number of cell sites is pegged at $120 billion. The average cost of a new cell site is estimated to be $550,000, including development and operating expenses. Building out capacity with cell sites alone would cost $174 billion, versus $54 billion using 275 MHz of additional spectrum, the paper says.

“Spectrum acquisition costs vary as a function of many factors and are not estimated in this paper,” it states. “Capital costs of upgrading a site to support new spectrum bands are likely to be small relative to total economic value estimates--perhaps several billion dollars--and do not impact the conclusion of substantial economic value resulting from making new spectrum available.”

The $120 billion savings estimate also assumes a voice/data ratio of 67/33, even though carriers report an even split in most large markets. The ratio is significant in that if data usage is higher than estimated, the cost savings of spectrum reallocation is less.

“The most important dimension of wireless network performance is spectral efficiency, typically measured in bits per second per Hertz. As such, many of the third-generation technologies now in use yield between 0.16 and 1.29 bps/Hz per cell site. LTE, the most recent 3G technology, yields between 1.36 to 1.5 bps/Hz. 4G technologies are just now coming online, and are expected to double average spectral efficiency by 2014. The FCC nonetheless sticks to its guns regarding the need for more spectrum:

Adjusting for data usage estimates and other assumed costs, the white paper concludes that freeing 300 MHz for wireless broadband by 2014 would create $100 billion in market value. It also concedes other possible outcomes:

“Assumptions in this paper could be amended to yield somewhat different numerical benefit estimates,” it states. “However, any reasonable approximation of relevant variables is likely to confirm the conclusion that releasing additional spectrum will create substantial economic value.”
-- Deborah D. McAdams