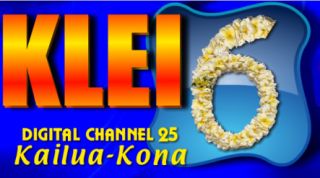 The FCC Media Bureau instructed Oceanic Time Warner Cable and Hawaiian Telcom Service Company Oct. 19, 2012, to begin carrying to begin carrying the signal of KLEI-DT in Kailua-Kona, HI, within 60 days of the station delivering a good quality signal to each company’s headend.

The Memorandum Opinion and Order must-carry provision applies to each cable system the companies operate in the communities covered by the Honolulu DMA. The MO&O said: “The unique geographic circumstances of the Hawaiian Islands, in addition to other factors, argue in favor of not excluding KLEI from TWC and HTSC’s cable system communities.”

According to the MO&O, KLEI informed both cable operators via letter dated Sept. 30, 2011, that it had elected to exercise its mandatory carriage rights. Time Warner did not respond to the letter, and Hawaii Telecom replied with its own letter denying carriage.

As a result KLEI filed complaints against both companies. Time Warner and Hawaii Telecom argued the station was not entitled to carriage because it does not offer service to any island other than the island of Hawaii.

The station countered saying it “unequivocally” offered to deliver its signal via fiber-optic cable to the headends of both companies. Time Warner asked that to the extent KLEI is granted its request that the cable operator be allowed to only carry the station’s digital signal.

Responding to the station’s complaint, Time Warner filed a petition seeking to modify the Honolulu DMA to exclude the station from its cable system communities. The FCC is authorized to include or exclude communities in a station’s market in cases meeting a variety of specific criteria. The commission must dismiss without prejudice any petition failing to include evidence that the criteria have been met.