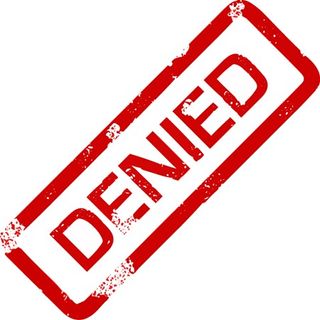 WASHINGTON: An experimental license for a new system for mobile DTV transmission was denied by the FCC. The license was sought by WatchTV, a Portland, Ore., low-power TV concern headed by Greg Herman, also president of SpectrumEvolution.org, a coalition advocating for the new hybrid DTV/broadband delivery system. The denial was based both on the technology and a proposal to move four analog LPTV signals to digital multicast tiers on different frequencies.

“This is to inform you that the above-captioned request for modification is denied,” the FCC’s Media Bureau chief, William Lake, wrote in the determination addressed to Herman. “Although your submission is styled as a request for an experimental authorization, the request is a very unusual one. The proposal contemplates that analog TV service from four stations would cease and their programming would be transmitted from a different digital TV station on a multicast basis. The request contains no analysis of the potential impact on consumers; it merely assumes that virtually all viewers who previously received the analog signals will be able to receive the multicast digital signal.”

Low-power TV stations and translators were not subject to the June 2009 digital-transition deadline. A date for LPTVs remains pending. Lake goes on to say WatchTV proposes to convert the four analog stations to “a different technology previously implemented in China, intended to support what is described as broadband service. That technology is inconsistent with the existing ATSC standard for transmission of digital television in the United States.”

SpectrumEvolution.org, and by extension, WatchTV, is promoting the use of orthogonal frequency division multiplexing for delivering mobile DTV and broadband over the air. The group was seeking an experimental license in the Portland market to test its technology, which couples OFDM and receivers using a Chinese standard, Converged Mobile Multimedia Broadcasting. Co-OFDM was a competitor for transmitting regular DTV in the United States before 8-vestigial sideband won out.

“This commission supports innovation and technological experimentation. However, we are also mindful to ensure that experiments not undermine our rules,” Lake wrote. “An experimental license is not to be used to introduce a new service that does not comply with our rules, as this request appears to contemplate.

“Although the proposal itself is silent about the number of participants in the experiment, it is our understanding from the applicant’s counsel that the applicant hopes that thousands will participate. In addition, you, as the applicant’s CEO, have been quoted as saying that, ‘If the technology works as well as anticipated, deployment can start within a year, with widespread penetration, including rural areas, faster than any other technology.”

Lake says the request appears to be more appropriate as a developmental license, which would require a petition for making an exception to current FCC rules regarding 8-VSB, the DTV standard developed by the Advanced Television Systems Committee. Any such rulemaking would likely need to be accompanied by a similar standards process, he said.

“In short, the information submitted with the request is not persuasive that the proposal is truly for a technical experiment,” Lake wrote in the denial dated Feb. 10. “It does not describe except in the most general of terms what tests, if any, will be performed. The commission generally looks favorably on experiments designed to examine technical issues. We cannot, however, authorize an experiment that appears designed to establish a new service that is not currently permitted under commission rules.”

SpectrumEvolution.org emerged last November when it announced demonstrating the OFDM-CMMB technology for the FCC. Seven video content streams were said to be fed to 12 different CMMB-based receivers, from cell phones to dedicated handheld devices made by Samsung, Motorola, HTC, LG and Sony-Ericsson. CMMB America is a member of SpectrumEvolution.org, which says “tens of millions” of CBBM devices are deployed around the world. The company is a division of Hong Kong-based CMMB Vision, which makes printed circuit boards for CMMB devices.

Aside from promoting the use of OFDM and CMMB, the group’s aim is to preserve broadcast TV spectrum. It recently announced that it engaged Washington, D.C. firm Nelson Mullins Riley & Scarborough to carry its water on Capitol Hill. The firm’s senior policy advisor and a former Congressman, Ron Klink was named point man for the group.