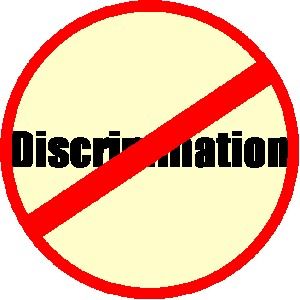 WASHINGTON: Broadcasters must certify that advertising sales contracts don’t discriminate on the basis of race or ethnicity. The Federal Communications Commission issued a reminder this week that its rules require air-time sales contracts to contain nondiscrimination clauses. The rule was established to prohibit a practice in which contracts contained a “no urban/no Spanish” dictate to minimize an advertiser’s African American and Hispanic patronage.

“It should be clear from today’s advisory that the commission will vigorously enforce its rules against discrimination in advertising sales contracts,” FCC Chairman Julius Genachowski said. “As the commission stated in its order adopting the rule, discrimination simply has no place in broadcasting.”

“Commercial broadcasters must complete the certification in order to renew their broadcast licenses,” the commission’s notice said. “If they cannot affirmatively certify that their advertising agreements do not discriminate on the basis of race or ethnicity, they must explain why this should not be an impediment to granting the station’s license renewal application.”

There are stations that don’t use traditional contracts, notes David Oxenford of Davis Wright Tremaine LLP. Many in smaller markets book ads through phone conversations and emails, he said.

“The FCC does not address how this should be handled,” he wrote in DWT’s Broadcast Law Blog. “We’ve suggested that broadcasters include the nondiscrimination clause in the exchanges that essentially form the contract--e.g. the email confirming the schedule, the rate cards offering the spots for sale, or other communications between the station and the advertiser.”

“. . . indemnifications from advertisers that they have the rights to all the music and other material used in their ads, statements that the broadcaster reserves the right to preempt ads if they don’t like the content or if the broadcaster needs to run something more important, that advertising sold to one party should not be re-sold to anyone else, that the broadcaster is not liable for any consequential damages if an ad does not run for technical or other reasons, and similar issues.”

The next TV station license renewal period begins next year, with expirations starting in June 2012 for station sin Washington, D.C., Maryland, Virginia and West Virginia. Other stations follow chronologically through 2015. The FCC said it will notify stations by postcard around six months before licenses expire. More information is available at the FCC’s license renewal page.
-- Deborah D. McAdams