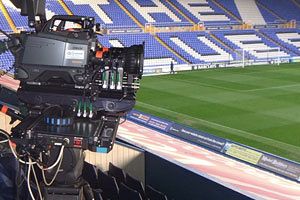 While few American broadcast engineers appear eager quite yet to embrace 3D technology at the terrestrial level, TV service providers in Europe are engaged in an increasingly heated battle of opinions over how the industry should approach 3DTV in the home.

Because more and more operators are engaging in their own 3DTV experiments, views within the DVB Project seem to be breaking down along at least major questions: whether adopting the existing HDMI formats are enough to handle 3D; or whether additional formats should be added to the current system (DVB Phase 1).

So far, most of the 3DTV tests that have been conducted in Europe were overseen by the commercial sector. (Current content, such as the recently launched Sky 3D service, and tests by operators like Canal+ have used both HD receivers and displays already in the marketplace through the "frame compatible" format.)

The membership of the European Broadcasting Union, which entails mostly public service-obligated broadcasters, would like to use another methodology, "service compatible," that would allow airing periodic special events in 3D. The service-compatible approach would require nearly twice the bandwidth of current 3D signals, according to Broadband TV News.

One EBU broadcaster, RAI of Italy, is pushing a 1080p50 frame-compatible format that is also service-compatible. Also, a 1080P50 set-top box would provide HD (2D) 1080p50 -- in addition to 720p 3D per eye. Theoretically, at least, this could mean a broadcaster merely could extend any bandwidth used for 3D transmission -- while allowing non-3D viewers to view the same program simultaneously without requiring a second channel. Stay tuned.