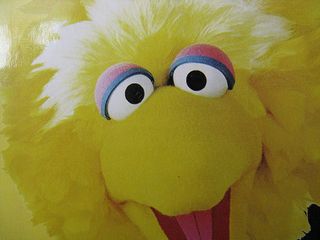 Dish must carry local TV signals in all 210 U.S. designated market areas to get out from under a court injunction barring it from importing out-of-market stations. It also must carry local PBS affiliates in HD where commercial stations are carried in the format. The conditions were laid out earlier this year in the Satellite Television Extension and Localism Act of 2010, or STELA. The FCC opened up a docket on Dish’s compliance last month. (See “Dish Seeks to Have Distant-Signal Injunction Lifted.”)

Dish had 29 markets without local signals as STELA was being finalized in February. The company recently filed applications with the FCC showing what stations it now carries in those markets via EchoStar XIV, launched in March. Several include signals imported from nearby markets.

Even as it filed the necessary paperwork with the FCC, Dish sued over the PBS requirement, citing the First Amendment. Dish filed suit in U.S. District Court for Nevada, where the company is incorporated. The suit seeks a restraining order and an injunction blocking enforcement of STELA’s “PBS mandate.” A court date is set for July 22.

“The ‘PBS HD Mandate’ is designed to coerce Dish into giving preferential treatment to programming that the government prefers, rather than leaving Dish to decide for itself how best to serve its subscribers with the programming choices that they want,” the lawsuit reads, according to the Las Vegas Sun. “Until this law was enacted, Dish was largely free to decide which local stations it would offer in high-definition..., which uses triple the bandwidth of a standard-definition format.”

Dish will have to add around 30 noncommercial stations in HD by next year if the court does not intercede. The provision was written into STELA in part at the behest of the Association of Public TV Stations after the group failed to negotiate a private agreement with Dish, it said. STELA accelerates an FCC timetable requiring HD PBS carriage by 2013. APTS said it would file an amicus brief with the court “addressing the need for the STELA provision in order to prevent further discrimination by Dish against public television HD programming.”

EchoStar said XV was built by Space Systems/Loral and launched on an International Launch Services Proton/Breeze M vehicle from the Baikonur Cosmodrome in Kazakhstan at 2:40 p.m. EDT Saturday, July 10. EchoStar XV was successfully released into geosynchronous transfer orbit after a nine-hour, 13-minute mission. The satellite will ultimately reside at 61.5 degrees West Longitude at an altitude of approximately 22,000 miles.
-- Deborah D. McAdams