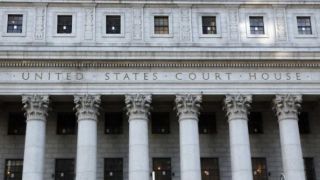 A federal judge in New York City denied the ABC Network’s efforts to block DISH Network’s commercial-skipping “Hopper” video recorder features with its Prime Time Anywhere service. Similar claims made by the CBS Network were also denied in the case.

New York District Judge Laura Swain ruled in favor of DISH. She said she would make public her reasoning for denying ABC’s request after the parties have a chance to address whether certain portions of the decision should remain sealed.

“This decision is yet another victory for American consumers, and we are proud to have stood by their side in this important fight over the fundamental rights of consumer choice and control,” said DISH executive VP and general counsel R. Stanton Dodge. “This is the third federal court decision that has sided with DISH on consumers’ right to enjoy television as they want, when they want, including the right to skip commercials, if they so choose.”

TheWall Street Journal noted that ABC’s parent, Walt Disney Co., is currently in negotiations to renew Dish’s carriage agreement, which expires at the end of this month. The newspaper said ABC’s concerns about Hopper are one of several tensions between the companies and could be a factor in those talks.

With DISH’s PrimeTime Anytime feature, users have the ability to record the primetime shows on up to each of the four broadcast networks (ABC, CBS, NBC and Fox) and save them for up to eight days. The AutoHop feature can be enabled by users to play back certain PrimeTime Anytime recordings commercial-free, starting the day after broadcast.

The broadcasters argue that Hopper infringes on their copyrights. ABC added that it also violates DISH’s agreement that allows it to distribute the network’s programming.

It appears that the trend in cases of this sort is running against broadcasters. A California federal appeals court in July upheld a lower court ruling denying a request by Fox for an injunction. Fox has lodged another injunction request over the second edition of the Hopper. That case is still pending.

ABC called the judge’s ruling “only a preliminary decision” and that ABC continues to believe the Hopper’s features “breach our retransmission consent agreement with Dish, infringe upon ABC’s copyrights, and unfairly compete with the authorized on-demand and commercial-free option currently offered by ABC and its licensees.”

CBS claimed that DISH should have provided details about the Hopper’s features during contract negotiations between the two companies in December 2011. DISH had argued that it had no duty to give CBS a “sneak preview” of its new system.