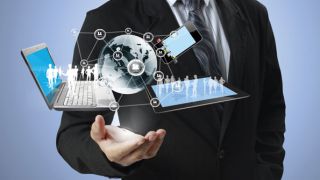 Events in 2012 such as the Olympics and the U.S. presidential debates have reaffirmed the value of event-based television programming as a core component of the global media services landscape. However, other ongoing changes in both audience and advertiser behavior continue to transform the media and broadcast industries. As the physical distribution networks change, the ways consumers consume broadcasts also are changing. This requires content production and delivery professionals to re-examine the capabilities and design of their system architectures.

In July and August 2012, in association with Avid, Ovum conducted an independent survey of 200 senior broadcast, pay-TV, studio technology and operations executives to better understand where these industry leaders see the industry going.

The results are revealing. Seventy-eight percent of respondents say that over the next decade, most content will be customized for individuals. This represents an inversion of the existing broadcast business model. Rather than create a single stream of content for an undifferentiated mass audience, tomorrow’s successful businesses are being challenged to create multiple orchestrated streams of media and deliver it across many different devices.

With this in mind, the survey asked, “What share of total television viewing, in terms of share of total viewing time, will be delivered via the web in 2017?” We provided ranges designed to give a neat bell curve. We got back a skew. (See Figure 1.) As of Q4 2012, approximately 3.5 percent of average weekly viewing time per household was via the web. Yet, 44 percent of the survey respondents believe that the percentage of web-based viewing will rise above 20 percent by 2017 (about 29 minutes per day). An additional 27.5 percent of the respondents believe that 30 percent of household viewing time, or more than 44 minutes per day, will be web-based.

Despite this shift, the market remains bullish. Sixty percent of respondents believe that the broadcast market will strengthen over the next five years, with 28 percent neutral and 12 percent predicting contraction. This is a more positive outlook than Ovum has seen in comparable studies conducted in 2009 and 2010. So, what is the source of this positivity, and what will drive it?

Conventional wisdom has held that multi-screen services will erode broadcaster revenues. Yet the data indicates that the market believes multi-screen services will be the primary source of growth, followed by increased linear audiences as a direct consequence of second-screen on-demand and companion services. Eighty-five percent of respondents state that getting their multi-platform distribution strategy right — content, marketing, pricing, operations and architecture — is critical for future growth opportunities.

The data shows an understanding that an important component to enabling growth of multi-platform services are new approaches to media asset management. New workflows will require file-based solutions to help media producers orchestrate not just video and audio content, but also the media’s associated metadata. It’s this metadata that will enable a new level of workflow automation and optimization. Why is that important? Because automation will be required to achieve the scale necessary to produce the increasingly personalized content that audiences will demand. Respondents believe that such metadata-driven workflows will drive operational agility, create OPEX savings and ultimately lead to new business models.

While there are many new opportunities to monetize content, most media organizations admit that they cannot even access the programming they own. Survey respondents estimate that on average, more than 35 percent of their archives have the potential for profit but that those programs are inaccessible today — primarily because of technological reasons.

The cloud and metadata

The ability to profitably embrace new distribution and service personalization models will require cloud technology. Yet fewer than 25 percent of broadcasters are actually using cloud today. Even so, more than 75 percent are currently exploring future cloud deployments.

By systems component, multi-screen distribution is the most commonly deployed application in the cloud today. The next most popular cloud-based task is storage. However, the applications that will see the fastest transition to the cloud are editing and production systems.

This illustrates that the cloud is not just going to be driven by cost savings. Cloud-based collaboration platforms are a major enabler of new flexible ways of working. This, of course, has implications for the design of the broadcast and production facilities. Forty-eight percent of respondents believe that the production facility will become completely virtual with five years. That share rises to 72 percent over 10 years.

So what’s next for workflow automation? The majority of respondents, 75.5 percent, said that automated metadata and title annotation will be where they look next for automation.

This study then asked respondents to think out to 2022. Looking at a set of core strategic issues, 74 percent believe that in 10 years, cloud-based regional content exchanges will have revolutionized the premium video supply chain. More than 81 percent of respondents believe that all premium video services, both live and non-live, will be delivered via the web. Even so, these professionals believe that the schedule, in some form, will continue to exist and that linear curation will still be the backbone of the industry. However, tomorrow’s consumer viewing schedule will be customized, with 78 percent of respondents seeing broadcast services being fundamentally personalized by 2022.

So what is the underlying message? It is this: Multi-platform distribution, companion device use and adjacent technologies such as social media will force this industry to embrace a personalized content service model. This means broadcasters need to be prepared to deliver content on both traditional and non-traditional platforms and be prepared to quickly implement these changes.

If 2017 audiences will be watching 44 minutes per day of premium entertainment video via the web, then broadcasters need move quickly to build the system architecture and organizational model to position themselves to take advantage of these changes.

For a detailed report on the survey findings, go to: http://apps.avid.com/ovumreport/.