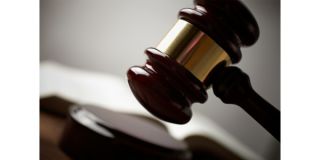 NEW YORK— A federal appeals court this week affirmed a temporary injunction against ivi, Inc, a New York-based Internet streaming company that had been retransmitting broadcasters’ signals without their consent.

ivi.tv launched in 2010 in a handful of major cities in the U.S., carrying signals from ABC, NBC, CBS, Fox, CW and PBS affiliates, for $5 a month, available via a downloadable app. Although the company had defined itself as a cable provider in the eyes of FCC regulations, broadcasters were able to get the service shut down in early 2011 with an injunction.

That decision was upheld this week by the U.S. Court of Appeals, which said that ivi.tv was not a cable provider and that its efforts to distribute broadcasters’ copyrighted programming threatened the television industry.

The court said that unlike cable systems, which were created to help consumers access distant television signals, a service like ivi.tv does not fit within that definition. “Internet retransmission services are not seeking to address issues of reception and remote access to over the air television signals,” the court said, adding that “The Copyright Office has consistently concluded that Internet retransmission services are not cable systems.”

The court also affirmed the lower court’s conclusion that unauthorized retransmission of over the air TV signals could cause substantial harm to the industry.

The NAB applauded the court’s decision. "This confirms that Congress never intended to allow Internet providers to retransmit broadcast programming without the consent of copyright owners," spokesman Dennis Wharton said.

ivi vowed to fight on. "This is not the final chapter of this story," said company spokesman Hal Bringman.