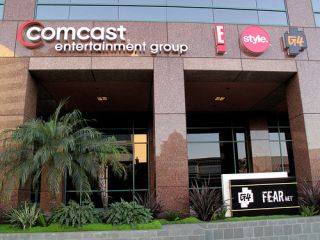 WASHINGTON: A draft item approving the proposed joint venture between Comcast and NBC Universal is circulating at the Federal Communications Commission, senior officials there said this morning. The FCC’s role is to determine whether or not the merging companies demonstrate the deal serves the public interest. FCC Chairman Julius Genachowski’s draft item indicates they’ve done so, but takes additional concerns into consideration.

Without providing details, the officials said the draft covers program access by competing pay TV carriers, for example. Competing cable operators, particularly smaller ones, have lobbied hard against the deal, which would give Comcast a majority stake in NBC Universal. As a result, it will have control over the NBC and Telemundo broadcast networks, 26 TV stations, NBCU TV production, syndication and news. This is in addition to its own ownership in 23 cable networks, production operations and cable distribution network--the largest in the United States with 24 million subscribers.

Competing operators are fearful that Comcast could price its content networks out of reach, rendering them inaccessible. The same goes for online content access, which the draft is also said to address.

In turn, it also covers carriage of competing and independent networks on Comcast cable and broadband systems. Finally, diversity and localism are addressed, the FCC officials said.

It was not clear when the item would be brought to vote, but it’s not expected before the end of the year. General Electric, owner of NBCU, acknowledged as much today.

“While we understand that the FCC and the Department of Justice continue to make good progress toward approval of the sale of a majority stake in NBCU to Comcast, because of the lead time required, we will not close by year-end 2010,” GE said in a fourth-quarter update. “We expect that closing will occur in January 2011.”

The FCC received 30,000 comments on the proposed merger since Comcast and NBCU filed for approval last January. The deal provides Comcast with a 51 percent stake in a joint venture comprised of the NBCU properties, with the option of buying the other 49 percent from GE over the next three to seven years. The transaction would make Comcast the largest media company in U.S. history and it would mark the first time a pay TV distributor would own a major broadcast network.
-- Deborah D. McAdams