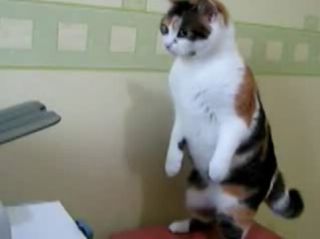 MULTIPLE CITIES: Spectrum shortage? Blame it on cats and dur Führer. They are two of the mainstays on YouTube, which is eating mobile bandwidth, driving online video sharing and fueling the use of apps with connected TVs.

The user-generated video site is now responsible for consuming 22 percent of mobile data bandwidth worldwide, according to some market researchers at Boston’s Allot Communications.

Allot’s latest survey says video streaming accounts for 39 percent of all mobile bandwidth usage, and that YouTube accounted for 52 percent of all mobile video streaming. The company said global mobile data consumption rose 77 percent during the first half of 2011. Skype, Twitter and Facebook also accounted for heavy bandwidth usage, prompting some providers to move from unlimited to “application-aware” pricing models, Allot said. Its survey data was collected from Jan. 1 to June 30 from mobile operators with 250 million subscribers around the world.

In other online video news, the Pew Research Center folks in Washington are saying that 71 percent of online Americans now use video-sharing sites such as YouTube and Vimeo, up from 66 percent a year ago. The increase in mobile broadband and devices was cited as one reason. Pew gathered its data between April 26 and May 22, 2011, from 2,277 adults.

And finally, in the connected-TV department, In-Stat says 60 percent of households with TV sets connected to the Internet use apps at least once a week. The Scottsdale, Ariz., firm says consumers are “rapidly adopting online applications” more commonly found in newer TV sets.

“As expected, Netflix and YouTube currently dominate the TV application space,” said In-Stat’s Keith Nissen. “But as Netflix competitors become more numerous and as applications are optimized for the big screen, TV apps will become part of the mainstream TV viewing experience.”

YouTube is by far and away the top site for streaming video. Google video sites, driven primarily by YouTube, consistently rank No. 1 on comScore’s monthly viewer tally. For June, Google sites accounted for 148.3 million views out of a total of 178 million. By comparison, Hulu, the streaming site warehousing TV shows from ABC, Fox and NBC Universal, pulled in 26.7 million views.

Among today’s YouTube cat vids filtering to the top: “Cat vs. Printer,” a 47-second clip of a feline swatting at a printer. Its had more than 5 million views since last October. Same with “An Engineer’s Guide to Cats,” a classic presented below. A quick search of “Hitler rant” indicates parodies of Bruno Ganz’s raving Hitler in the film “Downfall” have generated at least 12 million views, not counting those taken down for copyright infringement.
~ Deborah D. McAdams