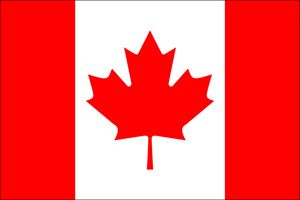 OTTAWA—Most Canadian broadcasters will end their analog broadcasts tonight, as the country transitions to DTV, two years after their neighbors to the south.

The Canadian Radio Television Centre (CRTC), the nation’s equivalent of the FCC, estimates that less than 1 million of the country’s viewers will be affected by the end of analog broadcasts. Unlike the transition in the U.S., there has been relatively little public outreach to consumers and broadcasters have complained about the cost of upgrading to digital broadcasts in an era when approximately 92 percent of the country’s viewers subscribe to satellite or cable. Two weeks ago the CRTC gave permission to the CBC, the country’s public broadcaster, to continue broadcasting in analog for at least another year in most of its markets because of delays in upgrading towers and digital transmission facilities.

Although Canada uses the American ATSC digital standard, there are differences in how both countries approached the transition. Unlike in the U.S., the government provided no assistance to consumers to purchase DTV converters. Also, the transition will only affect 31 areas, defined as the country's national, provincial and territorial capital cities; areas with population over 300,000, and any smaller areas with more than one local OTA TV station. Smaller market broadcasters are being allowed to stay in analog mode below Channel 52 as long as they don't interfere with DTV signals. In the U.S., broadcasters had almost a decade to plan for the transition; Canada made its decision in 2007.

For consumers who are unaware of the transition or who have questions, the CRTC has set up a toll free number and email address to answer their questions. No plans have been announced to follow up to troubleshoot reception issues that plagued U.S. broadcasters after the end of analog broadcasts in June 2009.

The end of analog broadcasting has not gone unnoticed by some in the media, however. In an op-ed piece highly critical of the government’s handling of the transition in today’s Montreal Gazette, Howard P. (Buzz) Gibbs, a retired director of issues management in the telco industry and an adviser at McGill University questioned whether the government’s weak consumer outreach was “the result of a longterm government strategy or rather of an industry lobbying campaign” to force consumers to switch to pay-TV. He also noted the “great electronic waste that will result from going digital” as hundreds of thousands of analog TV sets are junked and predicted a public backlash.

“Say goodbye to free TV Canada. Get ready for many angry folks and great waste. And get ready to pay more,” he concluded.