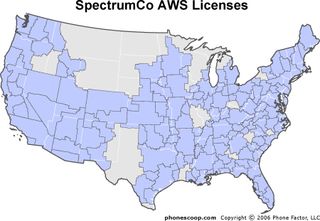 WASHINGTON: The phrase “spectrum shortage” has now been thrown around so much by the regulatory regime in Washington, D.C. that it’s accepted as fact by many. But not all. Tim Doyle of SNL Kagan kindly suggests the feds look for “spectrum squatters,” a pejorative once reserved for broadcasters struggling through the digital transition.

Doyle suggests the fed take a look at SpectrumCo., the joint venture comprising Time Warner Cable, Cox, Brighthouse and Comcast that won 137 spectrum licenses in the FCC’s 2006 Advanced Wireless Auction. The companies intended to use the allocations to launch wirelesss services. Those companies since aligned with Clearwire and the AWS licenses remain unused. Marlene Dooner, senior vice president of investor relations was questioned by BofA/Merrill Lynch’s Jessica Reif Cohen about the spectrum at a June 10 investor conference.

“I think we’re really focused on seeing Clearwire and how the High-Speed2Go service evolves,” Dooner said. “And we have an asset in the AWS spectrum which we think is a valuable asset, probably appreciating in value. I don’t know that I have a timeframe for, we’ll continue to evaluate how the AWS spectrum and we’ll continue to evaluate how we’re doing in the wireless space. And I don’t think again, we have a timeframe for, to make that decision. So for now, assume that we’ll hold it.”

Doyle’s complete post is at the SNL Blogs site. Registration may be required.